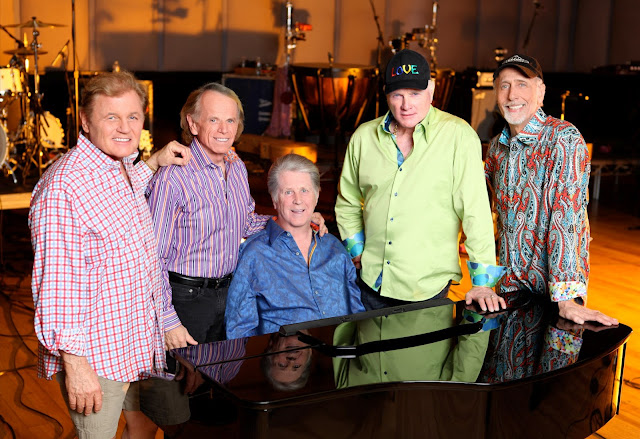 This year marks the 50th year of the opening of Dodger Stadium, an indelible Los Angeles landmark that greatly impacted the fabric of the city of Los Angeles, solidified the Dodger franchise in Southern California and offset decades of great moments and memories for countless Los Angeles families.

“It’s very special to us that we get to celebrate our 50 years alongside the Dodgers, a team we all love,” said The Beach Boys. “Generations of fans have supported our music just as much as their Boys in Blue and we’re very happy to celebrate both L.A. traditions at Dodger Stadium this Opening Day.”

This year also marks the 50th year of The Beach Boys, one of the world’s most legendary bands in popular music history whose founding members have reunited for a global 50th Anniversary celebration. Beach Boys Brian Wilson, Mike Love, Al Jardine, Bruce Johnston and David Marks have come together this
year for a new studio album (due out in June) and commemorative catalog releases from Capitol/EMI and a 50-date international tour to begin in April following Opening Day at Dodger Stadium.

“The Dodgers are so pleased to share our Golden anniversary with another California icon,” said Hall of Fame Manager and Special Advisor to the Chairman Tommy Lasorda. “Singing the national anthem any time is an honor, but especially on Opening Day. I am looking forward to their performance.”

As part of the Dodgers’ Opening Day festivities and to launch this season-long partnership, The Beach Boys will perform a song and sing the national anthem on the field at Dodger Stadium. Dodger fans will enjoy The Beach Boys’ greatest hits, which will be played exclusively throughout the ballpark, as well as a video feature on the band’s 50th Anniversary reunion and tour.

Beach Boys Night at Dodger Stadium on May 18

The Dodgers and The Beach Boys have licensed the production of co-branded official MLB merchandise that will be available at Dodger Stadium and on the band’s 50th Anniversary reunion tour. Co-branded items will be on sale starting Opening Day.

Opening Day is sold out. A limited number of seats for Opening Day are available through the purchase of Full Season, 25-game Pick ‘Em and 15-game Mini Plan packages. Dodger season ticket options, one of the best values in Los Angeles and all of sports, start at $5 per ticket and Mini Plans start at $8 per ticket. Details can be found by visiting www.dodgers.com/tickets or by calling 866-DODGERS.
Posted by Roberto Baly at 10:00 AM