Should be a fun game. Clayton Kershaw vs Stephen Strasburg! 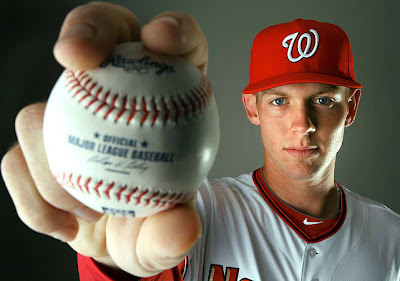 LOS ANGELES – The Dodgers announced today that in celebration of pitcher Aaron Harang’s franchise record-setting nine consecutive strikeouts last Friday, April 13, the club will offer fans $9 Lower Reserve Level seats during a 44-hour sale that starts today at 5 p.m. PST. The Harang Strikeout 44-hour sale concludes Sunday at 1 p.m. PST.  The $9 Lower Reserve Level seats for the game versus Washington on April 27 at 7:10 p.m., in honor of No. 44, are discounted 60 percent.

Last Friday, April 13, Harang set a Dodger franchise record by striking out nine consecutive Padres’ hitters. Harang broke Johnny Podres’ Dodger franchise record of eight, which was set on July 2, 1962 vs. Philadelphia. Harang’s previous career-long strikeout streak was seven, set on May 25, 2008 for the Reds at San Diego. He became the first Dodger pitcher in the last 90 seasons to have 13 or more strikeouts in a game while pitching fewer than 7.0 innings. The California native set a new season-high for a Dodger pitcher and tied a new career high with 13 strikeouts (also: Sept. 29, 2007 vs. Chicago-NL). Harang’s 13 Ks were the most for a Dodger since Chad Billingsley fanned 13 on Sept. 26, 2010 at Arizona.