I mentioned last night that Matt Kemp was doing a signing at Scottsdale today. Cindy sends this e-mail.


Hi Roberto,
We went to the Kemp signing at the Oakley store in Scottsdale this evening.  Probably 200 to 250 in line by the time Matt got there, 30 minutes late.  Street clothes, no jersey.  He was only signing balls and posters provided by Oakley free of charge.  Line moved pretty well.  He has not been signing much this week, only a few kids, so here's hoping this marks a change on that.  A lot of the players signed on Sunday, more than those named; it was a bit chaotic but it is what it is.  The choice was several lesser players or one or two big name players, as their lines were long and time was short.  I will say that the players gave us a workout complete with fielding drills, and 45 minutes longer than expected. 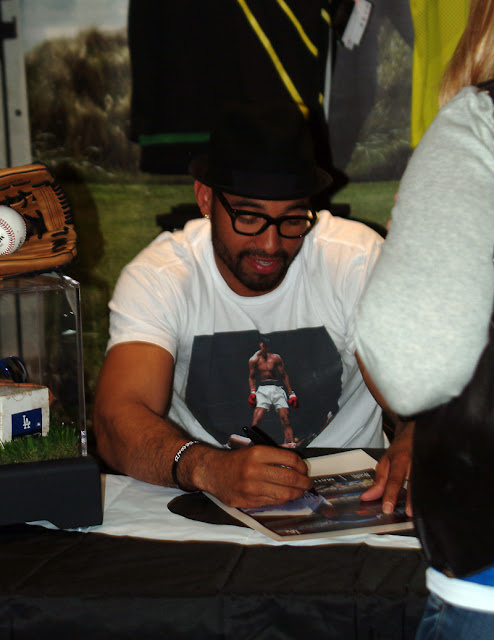 Thanks Cindy!
Posted by Roberto Baly at 10:00 PM

I will say that the players gave us a workout complete with fielding drills, and 45 minutes longer than expected.Oakley Carbon Blade