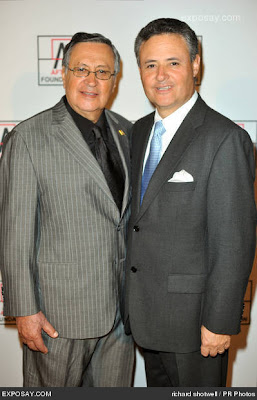 Jorge Jarrin and Manny Mota will be the Dodgers Spanish TV broadcast team.

The Dodgers begin their Spanish-language TV broadcasts this season on Wednesday, April 11 when Los Angeles takes on the Pirates at 7:10 p.m.

Dodger games this season will be available on Univision Radio’s KTNQ 1020AM for the second consecutive season.

More than 40 percent of Dodger fans are Hispanic and each season the Dodgers host more than one million fans of Hispanic descent. The Dodgers were the first MLB club to implement a Spanish-language radio broadcast in 1958, which is now the longest running in all of baseball.

These games will be available on Time Warner, Bright House and Cox, while discussions with other providers are ongoing.

PRIME TICKET’s Spanish-language TV productions will include play-by-play, graphics, player interviews and more.  All video providers in the Los Angeles market will have the opportunity to offer these games to their customers. According to Nielsen Media Research, Los Angeles is the largest Hispanic DMA in the U.S., with more than 1.8 million television homes. FSN’s Spanish-language effort will be game focused and will serve to complement FOX Sports West and PRIME TICKET, as well as Fox Deportes, the 24-hour, seven-day-a-week Spanish-language sports network.

The Dodgers’ full Spanish-language broadcast schedule can also be found on losdodgers.com.
Posted by Roberto Baly at 4:00 PM