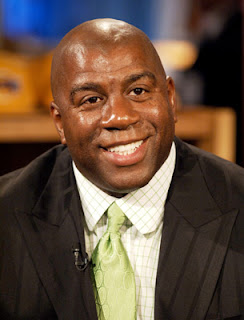 GAME ON!: The Dodgers and Giants will meet for the third and final time this spring (0-1-1) before their first regular season matchup on May 7 at Dodger Stadium. The two clubs played seven one-run games in 2011 and split the season series at nine games apiece. Opening Day in San Diego is just eight days away with the Dodgers opening their home slate on April 10 against the Pirates.

THE BIG NEWS: Last night, the Los Angeles Dodgers and Frank McCourt announced an agreement under which Guggenheim Baseball Management LLC will acquire the Los Angeles Dodgers for $2 billion upon completion of the closing process. The purchasing group includes Mark R. Walter as its controlling partner, as well as Earvin “Magic” Johnson, Peter Guber, Stan Kasten, Bobby Patton and Todd Boehly.  Mr. McCourt and certain affiliates of the purchasers will also be forming a joint venture, which will acquire the Chavez Ravine property for an additional $150 million.

HURLERS: Right-hander Nathan Eovaldi will make his fourth start (fifth appearance) of the spring after firing 3.0 scoreless innings on Friday against the White Sox in Tucson, which lowered his ERA to 0.84 (1 ER/10.2 IP). Eovaldi has tossed 9.0 consecutive scoreless innings in his three starts after allowing one run in 1.2 innings as a reliever in his first appearance of the spring on March 5. Following the 22-year-old to the mound will be:

● RHP Kenley Jansen lasted pitched in a Major League game on Saturday against the Indians, striking out one and walking one in a scoreless inning of relief, and then struck out the side on Sunday in a minor league game against Royals prospects. Jansen has tossed scoreless relief in five of his six Cactus League appearances and limited opposing hitters to a .200 batting average (4-for-20) this spring.

● RHP Mike MacDougal needed just 12 pitches to strike out the side on Sunday against Royals minor leaguers and last appeared in a big league game on Saturday against Cleveland, surrendering two runs in 0.2 innings.

● RHP Todd Coffey struck out two in a scoreless inning on Sunday against Kansas City minor leaguers and kept the Indians off the board in his 1.0 inning of relief on Saturday against the Tribe in his last Major League appearance.

A TOUGH ONE: The Dodgers pounded out 15 hits, but lost, 6-5, at San Diego yesterday on a two-run walk-off double in the bottom of the ninth. Juan Rivera led the offensive charge with three hits, including a solo home run in the fourth, and Dee Gordon (2-for-4, R), Andre Ethier (2-for-4, 3B, RBI) and A.J. Ellis (2-for-3) also chipped in with multi-hit games for the Dodgers. It was a bullpen game on the mound with Scott Elbert, Javy Guerra, Scott Rice, Josh Lindblom and Logan Bawcom contributing a scoreless inning each in relief of spot starter Jamey Wright, who allowed a run in his 1.0 inning.

A HALL OF FAME LUNCH: Dodger Hall of Fame broadcaster Jaime Jarrin will be honored at a special luncheon today at noon at The Capital Grille at the Beverly Center. The luncheon, hosted by ESPN 710’s Max Kellerman and Marcellus Wiley, is sold out and will feature Jarrin’s Chavez Ravine memories as the club celebrates the 50th anniversary of Dodger Stadium. Hall of Fame broadcaster Vin Scully will also attend the event.

FROM PEORIA TO PEORIA: Straight from Peoria, AZ to Peoria, IL, Charley Steiner will deliver the opening keynote address tomorrow night at the Fifth Summit on Communication and Sport hosted by his alma mater, Bradley University. The Summit runs through Friday and is intended to exchange concepts, theories and approaches to the study of communication and sport. Steiner has been active in the Bradley community following his graduation in 1971, earning an induction into the school’s Sports Hall of Fame in 1995, establishing the Charles H. Steiner Endowed Scholarship for broadcasting majors and receiving an honorary Doctor of Humane Letters and delivering mid-year commencement address at Bradley in December 2010.

MIDDLE MEN: Juan Rivera went 3-for-4 and slugged his fourth homer of the spring season yesterday, raising his batting average to .304 in 17 games. Each of the Dodgers’ starting outfielders is hitting over .300 this spring with Andre Ethier’s current eight-game hitting streak raising his team-leading batting average to .421 and Matt Kemp’s .313 mark. The trio can also be spotted among the National League leaders with Rivera tying for fourth in home runs and Ethier ranking among the leaders in doubles (8, T-1st), total bases (36, T-2nd), triples (3, T-1st) and runs scored (11, T-7th). Ethier would lead the league with his .947 slugging percentage, but does not have enough at-bats qualify.
Posted by Roberto Baly at 11:00 AM