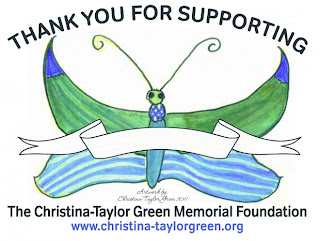 IN LOVING MEMORY: The Dodgers and White Sox will meet for game three of their five-game Cactus League series, but the importance of today’s game in Tucson reaches far beyond baseball. All of the proceeds from the game at Kino Veterans Memorial Stadium this afternoon will go to the Christina-Taylor Green Memorial Foundation. The Christina-Taylor Green Memorial Fund was established by Dodger scout John Green and his family to honor the life and memory of his daughter, Christina-Taylor, through charitable and educational projects that reflect and embody her interests, values and dreams. This is the second consecutive year that the Dodgers have played a benefit game in Tucson to help raise funds for the victims and families affected by the tragic events of January 8, 2011. The Dodgers are 2-0 against the White Sox this spring. The rest of the club is in Surprise today, taking on the Royals.

ONE DAY LULL: Despite getting shut out on Wednesday by the Padres, the Dodgers enter play today with the third best on-base percentage among National League teams (.347) and the fourth-best slugging percentage (.444). On the hill, the club’s team ERA is 3.46, which ranks fourth among NL squads.

NATE THE GREAT: Dodger right-hander Nathan Eovaldi will start for the club in Tucson today after tossing 3.0 scoreless innings in his last start on March 17 vs. the Rockies in Scottsdale. Eovaldi has made three appearances this month (two starts) and allowed just one run in 7.2 innings of work. The Texas native was selected in the 11th round of the 2008 draft and signed after originally committing to pitch at Texas A&M. Following Eovaldi to the mound in Tucson today will be:

● LHP Allen Webster is set to make his Cactus League debut, along with several other Dodger minor leaguers. Webster enters 2012 ranked by Baseball America as the club’s No. 2 prospect after combining to go 11-5 with a 4.03 ERA at Single-A Rancho Cucamonga (nine starts) and Double-A Chattanooga (17 starts) last season.

● RHP Zach Lee was taken with the No. 28 pick in 2010 and signed despite having a shot to play quarterback for the LSU Tigers. According to Baseball America, Lee is the top prospect in the Dodger system and the No. 62 prospect overall. The Texas native went 9-6 with a 3.47 ERA in 24 starts for Single-A Great Lakes last season.

● RHP Shawn Tolleson made his Cactus League debut last Saturday night vs. the Giants and allowed a run in his 1.0 inning. Tolleson was the Dodgers’ Branch Rickey Minor League Player of the Year last season after going a combined 7-2 with 25 saves and a 1.17 ERA in 57 appearances over the three levels.

ROSTER MOVE: Yesterday, the Dodgers designated RHP Ramon Troncoso for assignment and reinstated RHP Ronald Belisario from the restricted list. Due to Major League rule 16(d), Belisario had to be removed from the restricted list 30 days after reporting to Spring Training. The native of Venezuela will serve a 25-game suspension in 2012 due to a violation of Major League Baseball’s Joint Drug Prevention Program.

RUN THIS TOWN TONIGHT: The 7th Annual LA Sports Awards will air on FOX Sports West tonight at 10:30 p.m., immediately following the Lakers game. The show was recorded March 15 and National League Cy Young Award winner Clayton Kershaw received the 2011 Sportsman of the Year award. In addition to Kershaw’s honor, the Dodgers also were involved in two of the Top-10 moments for 2011. Kershaw’s Cy Young Award-winning season was No. 2, while Matt Kemp’s MVP runner-up campaign was the No. 4 Los Angeles sports moment in 2011.
Posted by Roberto Baly at 11:00 AM