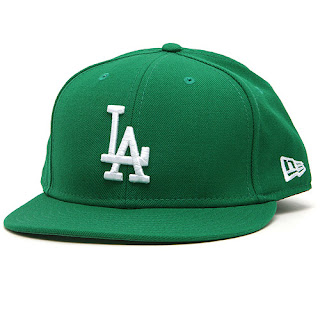 CACTUS LEAGUE HEAVIES: Two of the Cactus League’s best will be on display tonight as a split-squad of Dodgers takes on a split-squad   of Giants this evening at Camelback Ranch – Glendale. This will be the second of three meetings with the Giants this spring as the Dodgers will head to Scottsdale on Wednesday, March 28. During the regular season, the Giants and Dodgers clash 18 times, with the first series coming from May 7-9 at Dodger Stadium. The clubs meet six times in September, including the final three games at Chavez Ravine from Oct. 1-3.

HURLERS: Right-hander Aaron Harang takes the mound for his third start of the spring season today after firing 3.0 innings and allowing one run in a victory over the Angels in Tempe last Monday. Harang is coming off one of the best seasons of his 10-year big league career after leading the Padres with 14 wins and posting a career-low 3.64 ERA in 28 starts last season. Since 2004, Harang ranks among the National League leaders in wins (85, 7th), strikeouts (1,223, 3rd), innings pitched (1,467.2, 4th) and complete games (13, T-7th). He will be followed to the mound by:

● RHP Jamey Wright last pitched on Wednesday against the Reds, allowing an unearned run in 1.0 inning. The Texas native has given up three runs (two earned) in 4.0 Cactus League innings this spring.

● RHP Ramon Troncoso fired a scoreless inning last Tuesday vs. Colorado and has yielded just one run in three 2012 Spring Training appearances. Troncoso made the club’s Opening Day roster from 2008-10, but spent the majority of last year with Triple-A Albuquerque, going 2-4 with a 5.05 ERA in 35 relief appearances for the Isotopes.

● RHP Josh Lindblom last pitched on Wednesday in Goodyear and gave up just one hit in a scoreless frame. The right-hander out of Purdue went 1-0 with a 2.73 ERA (9 ER/29.2 IP) in 27 appearances for the Dodgers last year.

● LHP Matt Chico allowed one run on two hits last Tuesday vs. Colorado and has a 6.00 ERA (2 ER/3.0 IP) this spring. The 28-year-old pitched for USC and Palomar Community College.

EARLIER TODAY: The Dodgers scored four runs in the ninth to tie the game, but lost to the Rockies in Scottsdale, 7-6, on a walk-off home run by Tim Wheeler. The Dodgers have now alternated wins and losses since beating the Angels on Monday. All-Star outfielder Andre Ethier was 2-for-2 with a double and now has seven extra-base hits in his nine games. On the mound, Nathan Eovaldi tossed 3.0 scoreless innings in his second Cactus League start while minor leaguer RHP Logan Bawcom (0-1) took the loss.

HOT TICKET!: The Dodgers’ home games at Camelback Ranch-Glendale tonight and tomorrow have sold out. Dodger Special Advisor to the Chairman Don Newcombe will throw a ceremonial first pitch prior to tonight’s game against the Giants, which will be followed by fireworks sponsored by Salt River Project. Weather permitting, the Dodgers and the Los Angeles Angels of Anaheim will face off at 1:05 p.m. tomorrow in front of another capacity crowd.

POT OF GOLD: The Dodgers enter today’s contests with the best Spring Training record among National League clubs at 8-3-2 and have the second-best team ERA with a 3.08 mark. Los Angeles has also produced at the plate with a .287 team batting average, third-best among NL clubs, and a league-best .365 on-base percentage.

● On March 17, 1946 in Daytona Beach, the Dodgers took the field against their minor league farm team, the Montreal Royals. With Jackie Robinson in the lineup for Montreal, the game marked the first appearance of an integrated team in organized baseball in this century. More than 40 years later, the field was renamed Jackie Robinson Ballpark.

GOING GREEN: The Dodgers will wear green jerseys and hats in both of their games today in honor of St. Patrick’s Day. Following the games, players will sign their jerseys to be auctioned off by the Dodgers Dream Foundation during the season.

IT’S TIME FOR DODGER BASEBALL!: The Dodgers would like to welcome Hall of Famer broadcaster Vin Scully to Camelback Ranch – Glendale. Scully will call tonight’s game against the Giants on PRIME TICKET and tomorrow’s contest against the Angels on KCAL 9 as he kicks off his 63rd season broadcasting the Dodgers.

TUNED IN: The Dodgers announced their 2012 regular season broadcast schedule today with approximately two-thirds of their television games on PRIME TICKET, one-third on KCAL 9 and all games on Dodgers Radio AM 570 Fox Sports Los Angeles and Univision Radio’s KTNQ 1020. Los Angeles’ first game (April 5 at San Diego) and home opener (April 10 vs. Pittsburgh) will both be televised on PRIME TICKET with the network’s season preview special airing on Wednesday, March 28 at 10:30 p.m.

SURE TO KICK OFF A MANIA!: Fernando Valenzuela made his first appearance of the spring at Camelback Ranch yesterday and will join Hall of Famer Jaime Jarrin and Pepe Yniguez in the booth for Dodgers’ Spanish Radio broadcasts tonight and tomorrow. This weekend also marks the club’s fifth annual Mexican Media Weekend with representatives from ZETA, TV Azteca, Sintesis TV and Puro Beisbol making the trip to Glendale to cover the Dodgers.

ANOTHER REASON TO CELEBRATE: The Dodgers would like to wish a very happy 41st birthday to Special Assistant to the GM, Bill Mueller! The former AL batting champion enters his seventh season in the Dodger front office and sixth as a Special Assistant.
Posted by Roberto Baly at 5:00 PM

Makes me want to throw up, just Dodger blue hats for me. I don't do green during basketball season to close to celtic green Go Dodgers, Lakers, Kings and Galaxy...