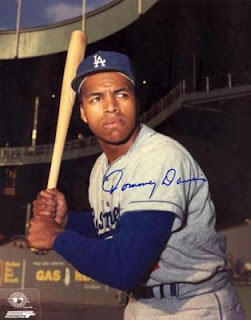 LONESTAR REMATCH: The Dodgers play their second and final game of the Cactus League season against the Rangers this afternoon at Camelback Ranch-Glendale. Back on March 9, Los Angeles trounced Texas in Surprise by a final score of 9-0. The two clubs haven’t met in the regular season since 2009, when the Dodgers took two-of-three in Arlington. Los Angeles holds an 11-9 advantage in their all-time regular season meetings.

LEFTY TRIO: The Dodgers’ starting rotation consists of three left-handed pitchers and today, 14-year veteran Ted Lilly takes the hill for his third start of the spring. Lilly was sharp in his last outing, allowing one hit and one walk over 3.0 scoreless innings last Sunday vs. the Cubs. In 2011, Lilly was 12-14 with a 3.97 ERA over 33 starts, including victories in five of his last six starts. Over the season’s last two months, his .169 opponents’ batting average was the best in baseball. Lilly will be followed to the mound by:

● LHP Wilfredo Ledezma tossed 2.0 scoreless innings in his last outing on Monday at the Angels. The 31-year-old left-hander has allowed one run over three appearances this spring. Last year, Ledezma was in the Blue Jays’ organization and made five appearances in the Major Leagues.

● LHP Scott Elbert has not pitched in a Cactus League game since March 10 and has not yielded a run in his two spring games this March. Elbert posted a 2.43 ERA last season, which ranked him 20th among all NL relievers (min. 45 games).

● RHP Kenley Jansen has also tossed 2.0 scoreless innings this spring and will make his third appearance this afternoon. In 2011, Jansen averaged 16.10 strikeouts per nine innings, which is the highest in single-season history (min. 50.0 IP).

● RHP Javy Guerra saved 21 games in his rookie campaign (21-for-23), which tied him with Yhency Brazoban for the second most by a rookie in Dodger history, trailing just Takashi Saito (24, 2006). The Texas native last pitched on March 10 vs. the White Sox.

HOMESICK: The Dodgers fell to 2-3 at Camelback Ranch – Glendale yesterday, dropping an 8-5 decision to the Kansas City Royals. Infielder Jerry Hairston Jr. went 2-for-2 with two runs scored in the losing effort while Ivan De Jesus was 3-for-3 with two RBI. On the mound, starter Chad Billingsley allowed just one run in 3.2 innings.

OH WHAT A NIGHT: Yesterday, National League Cy Young Award winner Clayton Kershaw flew back to Los Angeles with his wife, Ellen, to receive the 2011 Sportsman of the Year award at the seventh annual LA Sports Awards. In addition to Kershaw’s honor, the Dodgers also were involved in two of the Top-10 moments for 2011. Kershaw’s Cy Young Award-winning season was No. 2, while Matt Kemp’s MVP runner-up campaign was the No. 4 Los Angeles sports moment in 2011.

HOT TICKET!: The Dodgers’ home games at Camelback Ranch-Glendale tomorrow and Sunday, have sold out. The Dodgers will face the San Francisco Giants at 7 05 p.m. tomorrow (followed by fireworks sponsored by Salt River Project) and the Los Angeles Angels of Anaheim at 1:05 p.m. on Sunday in front of capacity crowds.

ALL EARS ON NEWK: Dodger Special Advisor to the Chairman Don Newcombe addressed the entire team this morning for nearly an hour.  Newcombe will throw a ceremonial first pitch prior to the sold out Dodgers-Giants game tomorrow night.

BATTING CHAMPION IN THE HOUSE: The Dodgers would like to welcome legendary outfielder Tommy Davis, who arrives this afternoon at Camelback Ranch. Davis is celebrating the 50th anniversary of his historic 1962 campaign, when he hit .346 with 27 homers and a Dodger single-season record 153 RBI. In addition to leading the Majors in RBI that season, Davis won a batting title and led the National League with 230 hits.
Posted by Roberto Baly at 12:30 PM