$2 Billion for the Dodgers? Frank McCourt is laughing right now! 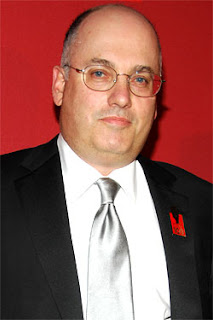 Last month I told you that I had feeling Dr. Patrick Soon-Shiong was going to own a piece of the Dodgers. {linked here}

I might be right. I'm surprised though that Soon-Shiong didn't join the Magic Johnson group.

He's joining Steven Cohen and they are ready to give big bucks to Frank McCourt and renovate Dodger Stadium.

Bill Shaikin of the L.A. Times with the big news! {linked here}

Patrick Soon-Shiong, the richest man in Los Angeles, has joined the Dodgers bid group led by hedge-fund billionaire Steven Cohen.The alliance is the strongest indication yet of Cohen's intention to present outgoing owner Frank McCourt with a final bid that reflects prominent local support rather than just overwhelming East Coast money.If McCourt were to accept the Cohen bid, he would be rejecting one led by local icon Magic Johnson. Soon-Shiong has held several meetings with McCourt since the Dodgers were put up for sale in November, according to people familiar with the process.Soon-Shiong had been widely expected to join the bid group led by Johnson, from whom he bought a minority share in the Lakers two years ago. Soon-Shiong's decision to join Cohen was confirmed Sunday by two people familiar with the sale process but not authorized to comment.

And they are planning on renovating Dodger Stadium -

Cohen last fall retained Populous, a prominent sports architecture firm, to recommend improvements to Dodger Stadium. Cohen is prepared to commit close to $2 billion to buy the Dodgers and renovate their stadium without financing any of that amount, according to a person familiar with the sale process.

I'm thinking the sale will be around $1.7  billion and another $300 million just to renovate Dodger Stadium. Just guessing, what do I know?
Posted by Roberto Baly at 7:00 PM

I was afraid that Stan Kroenke would get the Dodgers and stay in business with McCourt by building a stadium for the Rams in the parking lot.

The other good thing is that if Cohen is going to put serious money into the stadium than we won't have to worry about the team moving to a new stadium.

But McCourt doesn't have to make a decision for two weeks - many things could change by April 1st.