Thursday Is Dodgers Pride Night with the L.A. Kings 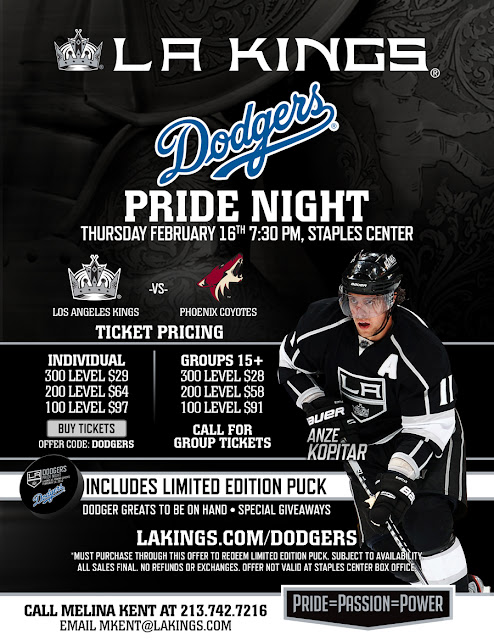 The Los Angeles Dodgers and Los Angeles Kings will present the third annual Dodgers Pride Night at Staples Center on Thursday, February 16 as the Kings host the Phoenix Coyotes. Dodger General Manager and long-time hockey fan Ned Colletti will drop the puck at the start of the game and former Dodgers Tim Leary and Matt Luke will sign autographs for fans in the concourse.

Dodger and baseball-themed contests, promotions and giveaways will be held during the game and intermissions and the Kings Ice Crew and mascot Bailey will wear Dodger blue. In addition, the Kings Care Foundation will be auctioning off Dodger memorabilia.