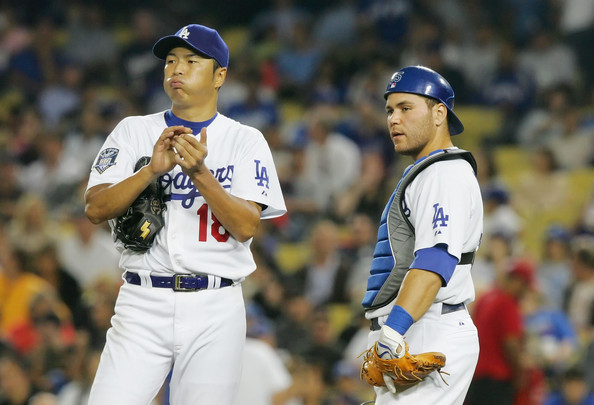 
The New York Yankees have added former Los Angeles Dodgers pitcher Hiroki Kuroda to their suddenly deep rotation, sources confirmed. The deal is for one year and $10 million, sources told ESPN The Magazine's Buster Olney.
A person familiar with Kuroda's signing told The Associated Press the deal is contingent on the 36-year-old passing a physical. The person spoke on condition of anonymity because there has not yet been an announcement. Kuroda's deal also includes performance bonuses, according to the person.

He's reuniting with former Dodger Russell Martin too.
Posted by Roberto Baly at 8:30 AM