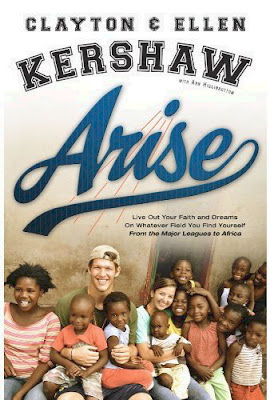 I became a Costco member last year since everyone was telling me that Costco is better than Sam's. I was with Sam's for a very long time. Both places are great in my opinion.

But if you're a Costco member, you're lucky! I received a e-mail this morning from Costco with the following details.

Clayton Kershaw to make an appearance at two different Costco locations later this month to sign his new book titled "Arise: Live Out Your Faith and Dreams on Whatever Field You Find Yourself".

Kershaw will only be signing his book. No memorabilia. I've been told that his wife, Ellen will also be on hand to sign since she co-wrote the book.

Not a Costco member? Don't worry, you can meet Kershaw at Barnes & Noble in The Grove. {linked here}

For other upcoming signings, scroll down a bit and on the left side of this blog, you will see "Upcoming Appearances". Click the player for more details.
Posted by Roberto Baly at 12:30 PM