I stopped watching Wrestling when I was a kid because I found out it was fake. It was a sad day. 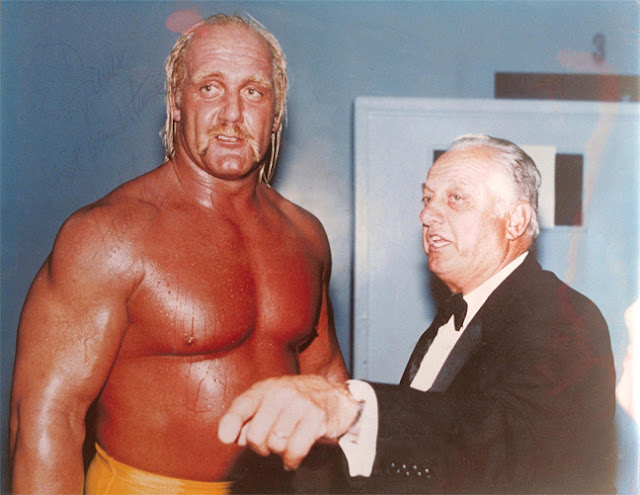 You know what pumps me up? Hulk Hogan's theme music. {linked here}

Found another classic video on YouTube. This was uploaded yesterday. Let me explain the scene:

It's WWF WrestleMania 2. The date is April 7, 1986. The location is at the Los Angeles Memorial Sports Arena. Characters that you will find in this video is Jesse "The Body" Ventura, Bobby "The Brain" Heenan, King Kong Bundy and Hulk Hogan.

I just had to look it up. Did Tommy Lasorda manage a game that night? Went over to Baseball Reference and yes, he managed a game that night! It was at Dodger Stadium against the San Diego Padres. Fernando Valenzuela pitched a complete game and defeated the Padres 2-1. The game lasted two hours and fifteen minutes. {linked here}

So I'm assuming Lasorda took a limo after that game and arrived at the L.A. Sports Arena by 10pm?

Just realized it was Opening Day!