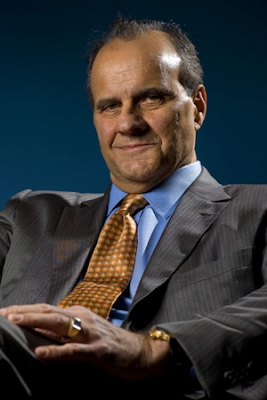 Former manager Joe Torre is in the process of joining a group to pursue the Dodgers.


Major League Baseball announced today that Joe Torre has resigned from his position as Executive Vice President for Baseball Operations, effective immediately, to explore opportunities with a group that will pursue ownership of the Los Angeles Dodgers.
Torre was appointed MLB's Executive Vice President for Baseball Operations in February, overseeing areas that include Major League Operations, On-Field Operations, On-Field Discipline and Umpiring. Torre has been the Office of the Commissioner's primary liaison to the general managers and field managers of the 30 Major League Clubs regarding all baseball and on-field matters.
Torre said: "I am so appreciative of the chance the Commissioner gave me to see the game from a different perspective by working for Major League Baseball, especially during such a great time for our sport. I have made this decision because of a unique chance to join a group that plans to bid for the Dodgers. After leaving the field, this job was an incredible experience, one that I enjoyed very much. I want to thank the Commissioner and all of my colleagues over the last year, particularly the members of the Baseball Operations group and the Major League Umpires."
Last November, Bill Shaikin of the L.A. Times reported that Joe Torre might join the Rick Caruso group.


Former Dodgers manager Joe Torre has discussed teaming with one of Los Angeles' most prominent real estate developers in pursuing the team.
Rick Caruso, whose signature project is the Grove but who has not run a sports franchise, could strengthen a potential bid by aligning with Torre.
The discussions between Caruso and Torre were first reported Tuesday by the New York Times and subsequently confirmed by the Los Angeles Times.
Charles Sipkins, a spokesman for Caruso, declined to comment. Torre could not be reached for comment, but he told the New York Times earlier that he had not joined any bid for the Dodgers.
"There've been a number of people who've reached out and inquired, but I've made no alliance, no commitment, as of this minute," Torre told the New York Times.
Prospective buyers must submit their bids by January 23. And remember, Frank McCourt picks the group he wants to sell it to.
Posted by Roberto Baly at 8:00 AM