From The Baseball Reliquary - 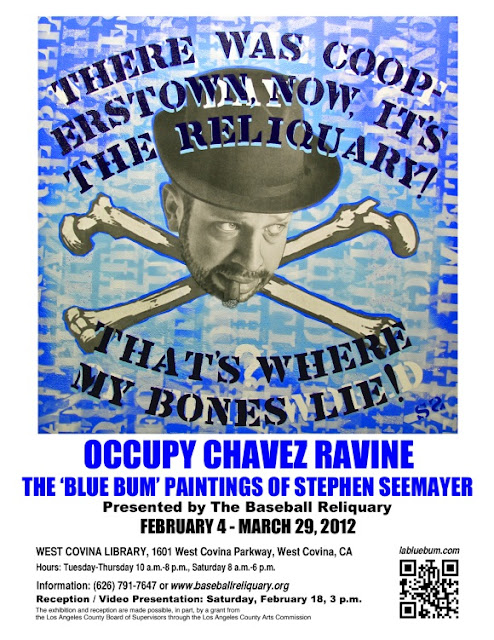 For his L.A. Blue Bum series of paintings, artist Stephen Seemayer resurrected a character from the past, the Brooklyn Bum, the brilliant creation of the late sports cartoonist Willard Mullin. While working for the New York World-Telegram in the 1930s, Mullin introduced the Bum, which provided an instant identity to the Dodgers and the entire borough of Brooklyn, a symbol which would endure through times of heartbreak and triumph. A tattered tramp with a four-day growth of beard, patched clothing, and flapping soles, chewing on a cigar stub and mangling the English language, the Bum would appear in some 2,000 Willard Mullin drawings, right up to the Dodgers’ controversial departure to the West Coast in 1958.

Click here for more info.
Posted by Roberto Baly at 10:30 AM

Love Steve's paintings! Looking forward to it and is closer to my house. Steve and his wife are part of the Dodgers Totp Deck family.
Emma
Http://crzblue.mlblogs.com