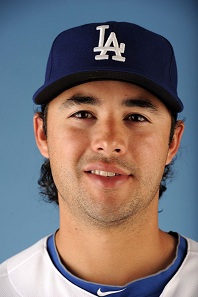 Since the Dodgers are not going to get that big bat that they desperately need, Andre Ethier will need to rebound in 2012 and have a successful season. 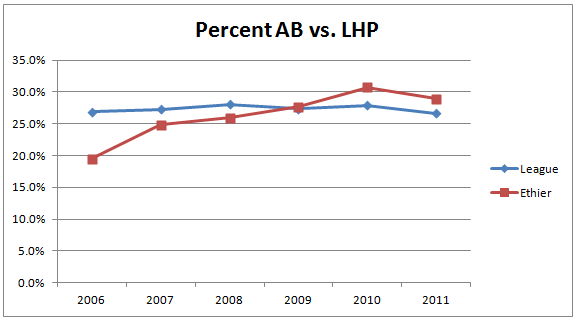 Another graph. AB/HR vs LHP and RHP 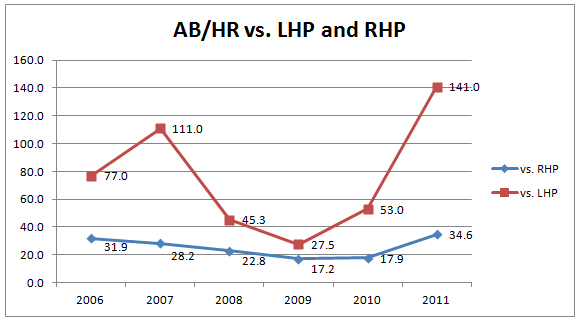 Just in case if you were wondering, Juan Rivera batted a decent .289 in 129 at-bats against left-handers last season. Will Rivera take some at-bats away from Ethier next year?
Posted by Roberto Baly at 7:00 PM