Ronald Belisario gets a visa, but does it matter? 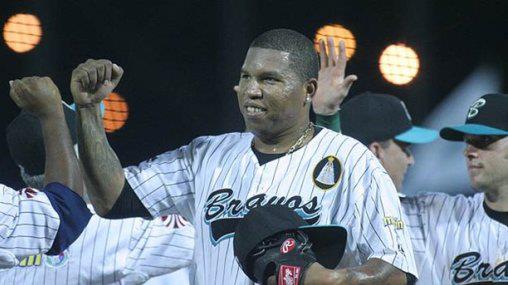 Ronald Belisario has finally resolved his visa problems and is expected to be at Camelback Ranch in February.

From Dylan Hernandez of the L.A. Times {linked here}


Reliever Ronald Belisario, who missed last season because he was unable to gain entry into the United States, has been granted a visa and is expected to be in camp for the start of spring training, according to his agent.
“He should be ready to go,” said Rick Oliver, who represents Belisario.

Armed with a mid-90s sinker, Belisario came out of nowhere to post a 2.04 earned-run average in 69 appearances as a rookie in 2009, but his career has since been derailed by a series of personal problems.


Facing drunk-driving charges, Belisario had trouble receiving a visa in 2010 and spent most of spring training in his native Venezuela. Later that year, he missed more than a month of the regular season to receive treatment in a substance-abuse program. He finished that season with a 5.04 ERA.
Unable to secure a visa, Belisario never made it out of Venezuela last year.
I honestly don't know if this matters. Belisario is not pitching that well in Venezuela at this moment.

He has given up 23 hits in 22 innings. Has a 4.09 era. Belisario is going to have to impress Don Mattingly in Spring Training in order to make the Opening Day roster.

Stats from MLB.com
Posted by Roberto Baly at 6:00 PM