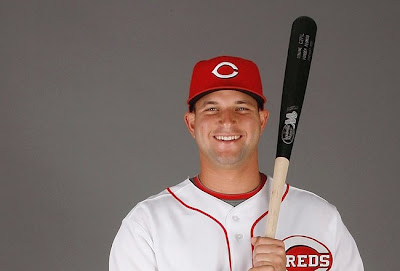 I'm about 48 hours late on this story. I didn't have much time to be on the computer during the weekend.

The Cincinnati Reds and San Diego Padres made a big trade Saturday morning. I caught the news on Twitter while waiting in line at the mall to meet with Santa Claus.

Pads win! Did the Reds give up the farm for Latos? I don't think the Padres are contenders to win the division for a few years so giving up Latos for three prospects is a win. Volquez has been pitching for a while now but has suffered injuries the last few years.

Alonso was going to have a hard time to play for the Reds since Joey Votto is in First Base. He'll be playing everyday for the Padres.

I'm surprised that I'm agreeing to something that Jim Bowden of ESPN is saying but he's right.