James Loney: 'I would never drive under the influence of drugs or alcohol' 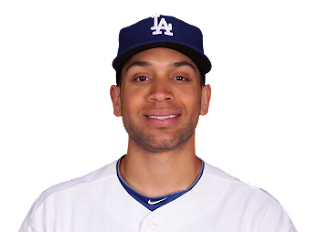 
"I decided to personally make a statement because nothing is more important to me than young fans, and I want them to hear this directly from me,'' Loney said in an exclusive telephone interview with ESPNLosAngeles.com. "I would never do anything to jeopardize my career. I have been working really hard to help this team next year, and I am looking forward to a great season.''

The incident took place on Nov. 14.

Loney said he remembers colliding with the first car and hitting his head in the process -- he wasn't sure exactly what he hit his head on -- but he doesn't have a clear memory of what happened from that moment until he woke up several hours later in the hospital.

"After (hitting his head), everything became very fuzzy,'' Loney said. "I just felt, like, different. It was a different feeling.''

The Los Angeles Times quoted Judy Eckerling, whom the paper identified as the driver of one of the cars Loney hit, as saying Loney was non-responsive when she went to check on him immediately after the accident. Eckerling told the paper that when Loney woke up, he became agitated, started his engine and tried to drive away.

Loney said he doesn't remember any of that, nor does he remember being administered a breathalyzer test by police, during which he reportedly bit off the mouthpiece and spat the rest of the tube at the officer. Loney said he was placed in handcuffs before being taken to the hospital, but he believes that was only to restrain him because he was behaving so erratically.

Loney also said he was tested for several drugs at the hospital -- he read over the phone a long list from a document he was given when he left the hospital later that night that included cocaine, marijuana, alcohol, barbiturates, amphetamines and opiates -- and that those tests all came back negative.

Loney said that when he woke up from the hospital, he felt completely normal. By this time, he said, there no longer were any police officers at the hospital keeping him in custody.

"Once I woke up, they just released me,'' Loney said. "There was no questioning, there was no concern for me. I had somebody pick me up, and I went home. I was OK once I woke up. I was like, 'Whoa, that was a weird experience.' I talked to them like the person I am, my usual personality, and they were like, 'He's fine, he can go home.'

"I just want to make it clear that I would never drive under the influence of drugs or alcohol. I was just in an accident.''
I'm glad Loney made a statement. Not saying this because I'm a Dodger fan but I believe him. He doesn't seem the type of person to go crazy. I still think he should go through a brain scan (Neuroimaging scans).

Hey! Maybe by getting hit in his head, something pops up in his brain and he finds his power in 2012!
Posted by Roberto Baly at 8:30 AM

I was going to say the same thing about miraculously finding power - you beat me to it!

Glad Loney is safe and that he wasn't doing something stupid.