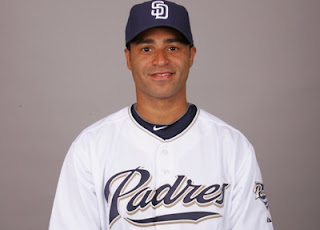 
The Los Angeles Dodgers today announced the signing of infielder/outfielder Jerry Hairston, Jr. to a two-year contract. The announcement was made by Dodger General Manager Ned Colletti.

“Jerry adds more versatility to our club and will help us at second and third base, shortstop as well as left and center field,” said Colletti. “He brings a veteran presence that can also help in the continued development of Dee Gordon.”

Last season, the 35-year-old batted a combined .270 with 21 doubles, five home runs and 31 RBI in 120 games with the Nationals and Brewers. Hairston posted a combined .961 fielding percentage and played five positions in the field, including 49 games at third base, 30 games at second base, 23 games in left field, 20 games in center field and two games at shortstop. He also appeared in 13 games as a pinch-hitter and batted .364 (4-for-11) in that role. After being acquired in a midseason trade, Hairston helped the Brewers advance to the National League Championship Series by hitting .385 (15-for-39) with eight runs scored, six doubles and four RBI in 11 postseason games.

Hairston is a third-generation Major Leaguer, joining his grandfather Sam, his father Jerry Sr., his uncle John and brother Scott. The Scottsdale, AZ resident attended Southern Illinois University, where he was honored as a member of the school’s Hall of Fame, and was originally selected by Baltimore in the 11th round of the 1997 First-Year Player Draft.
Posted by Roberto Baly at 7:20 PM