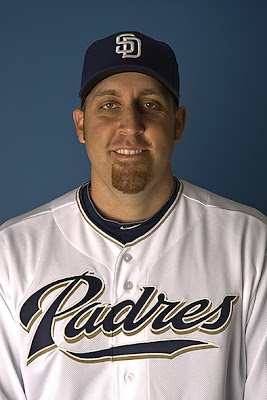 The Los Angeles Dodgers today announced the signing of right-handed pitcher Aaron Harang to a two-year contract with a mutual option for 2014 that can vest. The announcement was made by Dodger General Manager Ned Colletti.

“Aaron gives us added depth and another veteran arm to add to our starting rotation,” said Colletti. “He had a solid year with the Padres last season and his addition gives us an experienced one through five heading into Spring Training.”

Each member of the Dodgers’ projected 2012 starting rotation of Chad Billingsley, Chris Capuano, Harang, Clayton Kershaw and Ted Lilly won 10 or more games in 2011 (69 total wins), pitched 170.0 or more innings, started 28 or more contests and combined to post a 3.66 ERA last season. In addition, each member of the rotation has averaged 7.3 or more strikeouts per 9.0 innings over the course of their careers.

Last season, the 33-year-old led the Padres with 14 wins, going 14-7, with a career-best 3.64 ERA in 28 starts with San Diego. Harang turned it on down the stretch, posting a 2.40 ERA and a .221 opponents’ batting average over his last seven starts from Aug. 20 through the conclusion of the season.

Harang graduated in 1996 from Patrick Henry High School in San Diego and was selected by the Rangers in the sixth round of the 1999 First-Year Player Draft out of San Diego State University. He is a two-time nominee for the Roberto Clemente Award, earning the Reds’ nomination in 2007 and 2009, and resides in San Diego with his wife Jennifer, their daughter Addison and twins, Dustin and Kailey.
Posted by Roberto Baly at 9:30 AM

Ugh....a mutual option that can vest.