Hello Roberto-
My dad and I went to the Steve Yeager signing in Valencia. He could not have been a nicer guy. We were told one autograph and he was signing quite a few for some people.
At one point I noticed he was wearing his '81 World Series ring. I asked if I could look at it and he promptly took it off and handed it me as he joked, " Just don't run away with it."
He was talking to some little boys in front if us for a while about how to break into baseball and how to get a good education.
Such a nice guy and a class act.
Jason 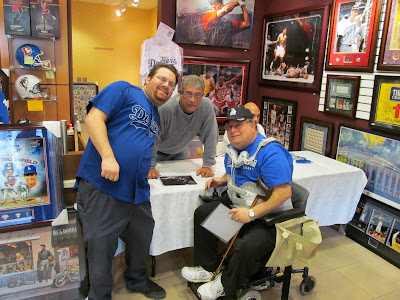 Thanks Jason!
Posted by Roberto Baly at 6:30 AM