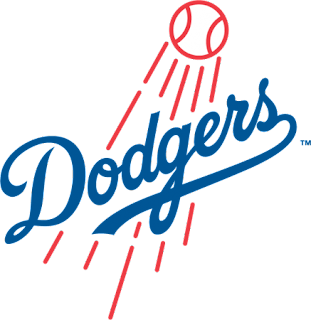 Didn't I tell you last week about the Garvey, Lopes, Russell & Cey Bobblehead?!

As part of the 2012 promotional schedule, today the Dodgers unveiled six new bobbleheads in the Dodger Stadium Greats Bobblehead Series. The complete series includes 10 bobbleheads and now features Maury Wills with Don Drysdale on April 28 (vs. WAS), Orel Hershiser on May 15 (vs. ARI), the historic Dodger infield of Steve Garvey, Davey Lopes, Bill Russell and Ron Cey on May 29 (vs. MIL), Mike Scioscia on June 12 (vs. LAA), Hall of Fame Manager Tommy Lasorda with Hall of Fame Manager Walter Alston on July 14 (vs. SD) and Fernando Valenzuela on August 21 (vs. SF).

The unprecedented Dodger Stadium Greats Bobblehead Series pays tribute to some of the most unforgettable Dodgers in Dodger Stadium history. The first bobblehead in the collection celebrates the 50th anniversary of Dodger Stadium as it pairs two stars from the year the stadium opened; Maury Wills with Don Drysdale. Following the 1962 season, the duo captured the Cy Young and NL Most Valuable Player Award, respectively, with Drysdale winning 25 games and Wills stealing 104 bases. This marks the first Dodger Stadium bobblehead for Wills and the second for Drysdale.

Three-time All-Star and 1988 Cy Young Award winner Orel Hershiser will be featured on the club’s second bobblehead night on May 15 against Arizona. Hershiser spent 13 seasons with Los Angeles (1983-94, 2000) and keyed the Dodgers’ 1988 title run, winning MVP honors in the NLCS and World Series. This marks Hershiser’s first Dodger Stadium bobblehead.

The record-setting Dodger infield of Steve Garvey, Davey Lopes, Bill Russell and Ron Cey that played together from 1973-81 is reunited for the third bobblehead on May 29. The group combined for 21 All-Star appearances during their time together, leading the Dodgers to four National League pennants and a World Series championship in 1981. This is the first Dodger Stadium bobblehead for Lopes and Russell and the second for Garvey and Cey.

The Dodgers will celebrate Mike Scioscia’s contributions to the franchise with the fourth bobblehead in the Dodger Stadium Greats series scheduled during the club’s annual Interleague series with the Angels on June 12. Scioscia is Los Angeles’ all-time leader with 1,394 games played at catcher and won two World Series during his 13 seasons with the Dodgers from 1980-92. This is the first Dodger Stadium bobblehead for Scioscia.

The sixth bobblehead brings together 3,639 wins, six World Series championships and two Hall of Famers with Managers Tommy Lasorda and Walter Alston. It will mark the third time that Lasorda has been depicted on a Dodger Stadium bobblehead and Alston’s first.

More Dodger legends featured in the Dodger Stadium Greats Bobblehead will be unveiled leading up to Opening Day on April 10 (vs. PIT). The full promotional schedule, which includes a Sandy Koufax bobblehead on August 7 (vs. ATL), is available at dodgers.com/promotions.

The entire Dodger Stadium Greats Bobblehead Series is included in a 10-game mini plan. Several 15-game mini plans are also available that include Opening Day and two bobblehead games from the Dodger Stadium Greats Bobblehead Series. The 25-game Pick ‘Em Mini Plan is another option in securing this collectible series. Mini plan pricing starts at $8 per seat with Field Level seats starting at only $28. Information on season ticket options including mini plans is available now at dodgers.com/miniplans.

One of the TBA bobbleheads from the DBacks games HAS to be Gibby, right?

Got to be Gibby. And I have a feeling they're going to have those string of ROYs together too Karros, Piazza, Mondesi, Nomo, Hollandsworth (uhhh maybe not Todd).

I agree..its gotta be Gibby for the one of those D'backs games. And if we dont get a Nomo or Piazza bobbelehead it will be BS!! Although cknerr I do like your idea of having the ROY's on one. (Hollandsworth can be there. He can be in the back..haha)

Cant wait to get the infield to sign my bobbleheads cause its going to happen!!

I wish that mr. Scully would get his own bobblehead

What really grinds my gears is that FERNANDO IS GETTING ANOTHER BOBBLEHEAD, and he's not even sharing it with another player. That's 4 full size Fernando bobbleheads that have been given away, and this one isn't even the no hitter Fernando with glasses. We are getting another variation of his 81 season, which we just recieved a 81 Fernando bobblehead last year...like seriously?!?

I also agree a 88 walkoff Gibby is coming, and we will also get a Cy Young Kershaw.

Any info if the pairing bobblheads (in specfic the infield) will be mini bobblheads that are already connected together, or will each player be given out seperate and we have to connect them?

I just noticed something looking at the Dodgers promotion schedule. They've made a few updates like making the first fleece blanket giveaway another snuggie giveaway, adding a Dodgers beach chair giveaway in July, and making the last game of the season "Dodgers Giveaway Day" instead of having it be Fan Appreciation Day (which is still being held on the last Sunday of the season.)


What really caught my eye though (and I feel this is worthy of its own news post) is that on May the 19'th vs. the Cardinals, the Dodgers are going to have a Fan Fest.

I'm a little confused as to if this will be the same type of Fan Fest other teams have, as most other teams have their fan fests before the season at a convention center or some place other than ballpark during gameday.

If this is a fan fest with autographs and such, then this is pretty big deal I think. The closest us Dodgers fans have to a fan fest right now is probably La Gran Fiesta and Dodger Day at the LA county fair.

What about a Steve Sax bobblehead?