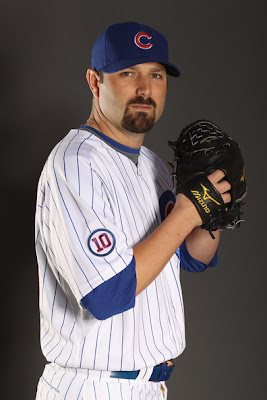 
The Dodgers have signed veteran left-handed reliever John Grabow to a Minor League contract with an invitation to Major League Spring Training.
Grabow, 33, joins the mix of journeymen in competition for the second left-handed reliever job created when the Dodgers non-tendered former All-Star Hong-Chih Kuo. Scott Elbert is the main lefty in the bullpen.
Grabow, a Southern California native, was 3-1 with a 4.76 ERA for the Cubs in 2011. His best year was 2008, when he had a 2.84 ERA in 74 appearances for the Pirates, and he was traded to the Cubs during the 2009 season with Tom Gorzelanny.
Do we need a slow motion video of Grabow's fast-ball?