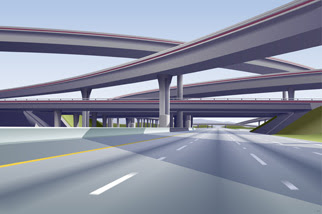 This has been reported before but the Dodgers just announced it.
-
The Los Angeles Dodgers and Los Angeles Angels of Anaheim have announced that they will play three Freeway Series exhibition games in Southern California before the regular season begins. The Dodgers will visit Angel Stadium on Monday, April 2 at 7:05 p.m. and then host the Angels at Dodger Stadium on Tuesday, April 3 at 7:10 p.m. and Wednesday, April 4 at 12:10 p.m.

When the Dodgers and Angels meet for the first exhibition game on April 2, it will be exactly 50 years after the first-ever contest between the two franchises on April 2, 1962, when the Dodgers traveled to Palm Springs, California to meet Gene Autry’s Angels in the inaugural game of what would become the Freeway Series. Three-time All-Star Johnny Podres started the game for the Dodgers, but the Angels went on to win 6-5.

The two clubs have met a total of 103 times in exhibition play, with the Dodgers holding a 44-56-3 record, and 86 times during the regular season, where the Dodgers are 36-50.

The Angels called Dodger Stadium (“Chavez Ravine”) home from 1962-65 and now play less than 32 miles down the road in Anaheim. Numerous players have played for both clubs, including Hall of Famers Eddie Murray, Frank Robinson, Don Sutton and Hoyt Wilhelm and infielder Adam Kennedy, who is now the 85th player in Major League history to play for both teams. Current Angel Manager Mike Scioscia played 13 seasons and won two World Series in a Dodger uniform and Dodger broadcaster Fernando Valenzuela also played for both teams.

In celebration of the 50th anniversary of Dodger Stadium, Dodger season ticket holders will receive a 50 percent discount to both Freeway Series exhibition games at Dodger Stadium. Individual tickets to the April 2 and 3 games, including special group rates, will go on sale on March 3. For more information or to purchase tickets, visit www.dodgers.com or call 866-DODGERS.
Posted by Roberto Baly at 4:00 PM