Back in April I posted details on a Fantasy Camp that was going to be held in Vero Beach, Florida. Yes, at the original "Dodgertown". {linked here}

It's a week long (November 6-12) camp that features many ex-Dodgers. You're living in Dodgertown and act like a ballplayer. The cost is nearly $4,000 but I'm sure it's well worth it.

No mention of Sandy Koufax. But he shows up at the fantasy camp!

I received these pictures and videos from a reader that attended this camp. He wishes to remain anonymous. 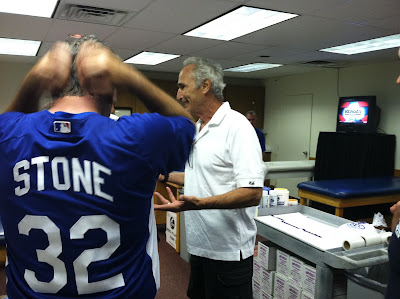 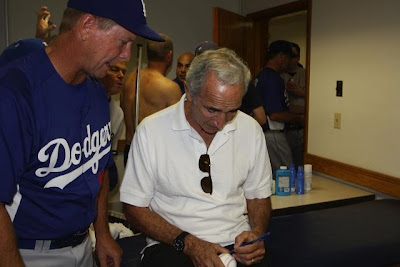 Video #1 - In this clip you will see Sandy Koufax talking to the players that attended the camp. You will also see ex-Dodgers Jerry Reuss, Tommy Davis and Bill Russell.

Video #2 - I might be wrong. But isn't this Frank Howard talking to Koufax? But then again, why is he wearing a Yankees jersey? I will ask.

Video #3 - Koufax talking to Tommy Davis and taking a picture with a fan. Don't pay attention to the guy getting a massage in the background.