Pirates sign Rod Barajas to a one year deal 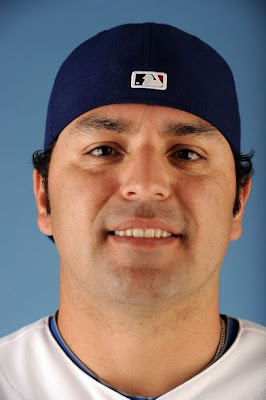 Thank goodness Ned Colletti didn't do what the Pittsburgh Pirates just did.

From the Pittsburgh Gazette {linked here}


The Pirates filled their hole at catcher, signing Rod Barajas to a one-year deal for 2012 with a club option for 2013, the club announced Thursday.
Barajas, 36, hit .230 with 16 home runs and 47 RBIs last season for the Los Angeles Dodgers.
"They were aggressive," Barajas said on a conference call from the Pittsburgh airport, where he awaited a flight back to California. "They definitely showed that they wanted me to be a part of their team.]
According to an industry source, Barajas will make $4 million in 2012 with a $3.5 million club option in 2013 and no buyout.
Holy cow! $4 million? No thanks.

Good luck in Pittsburgh Rod.
Posted by Roberto Baly at 10:00 AM