Larry King wants a piece of the Dodgers 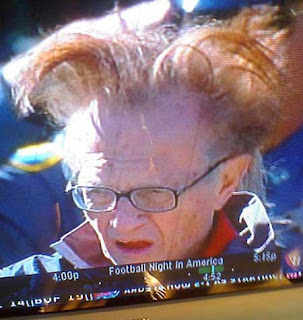 Tony Jackson of ESPN L.A. is reporting that King joins group to buy Dodgers. That group is being assembled by Dennis Gilbert. {linked here}


Larry King, the legendary talk-show host and longtime Los Angeles Dodgers season-ticket holder, is part of a group of investors assembled by Chicago White Sox executive and Beverly Hills insurance agent Dennis Gilbert in hopes of buying the club, a source confirmed on the condition of anonymity.
King, like Gilbert, is a frequent presence in Dodger Stadium's Dugout Club seats during home games. King also has been a frequent visitor to the team during spring training and occasionally on road trips.
The source said King's financial stake in the ownership group is comparatively small. The group's primary investors, the source said, are two high-ranking executives with Imperial Capital, a Los Angeles-based investment bank with offices in five other U.S. cities.
Posted by Roberto Baly at 9:00 AM