I'm serious, I'm not upset. Things happen. I've missed many events since my son was born. I'm used to it.

I purchased a super ticket for the Hall of Fame Sports Dodgers 1981 World Series Team Reunion. Ticket included 22 autographs and VIP front of the line access. I thought it was going to be a lot more people than what showed up. I think Matt Kemp's signing brought out more people. Every player was in good spirits, even Tommy Lasorda was nice. I got a mega ticket signed by all 22 players . They were suppose to have 23 players there , but Terry Forster could not be there due to an illness. I heard other fans say he is in the hospital and not doing so well. Hope he makes a recovery. They refunded fans who had purchased Forster tickets. The dodgers.com camera guy was there interviewing players and fans. He said they were going to post the footage on dodgers.com. Overall a very long day, but the reward was worth it. Here are some photos of the different players signing my  mega ticket. 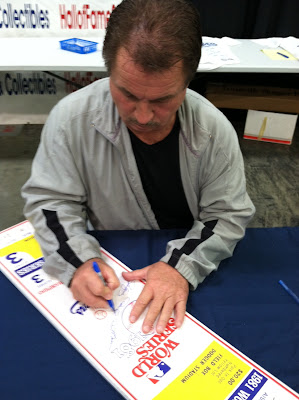 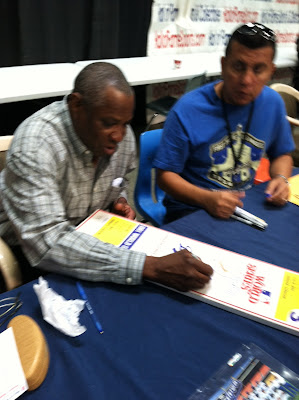 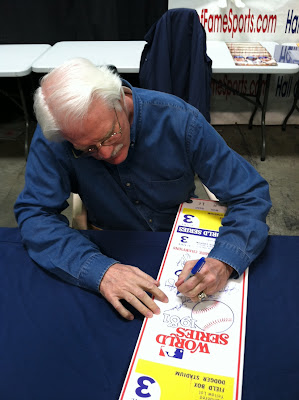 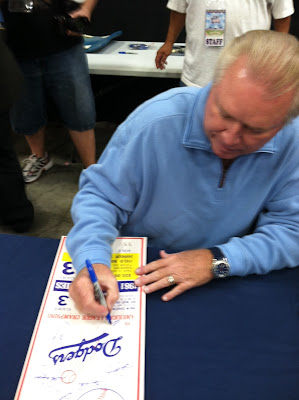 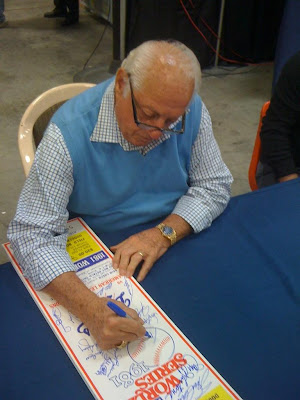 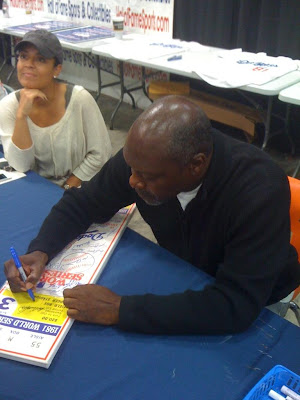 Thank you Nelson! This is awesome. Great idea on getting autographs on that mega ticket.
Posted by Roberto Baly at 12:00 PM

Was a fun event had my black bat signed by the record setting infield...took my 3yr old daughter & even she enjoyed taking a pix with a couple of Dodgers...Davey Lopes wasn't as nice doh :'(