Everything is new in Miami 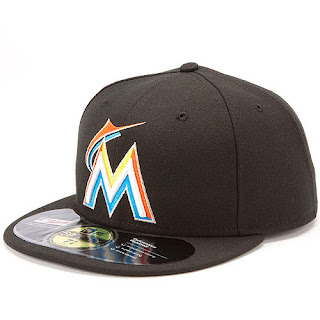 What's the big deal with these uniforms? I'm reading so much hatred against the Marlins. I've seen worse stuff.

Video - The Marlins showed off the new uniforms last night. Will now be called the Miami Marlins.

So it's now the Miami Marlins. They have new uniforms, new stadium and a new manager.

Apparently they are trying to get new players too.


The Marlins spent the week entertaining high-profile free agents, showing them the sizzle of the club's new stadium while allowing them to soak in the South Florida sunshine.
Albert Pujols, the top free agent on the market, is the latest big name to see the new ballpark.
The slugger was in town on Friday, meeting with the Marlins while getting a tour of the 37,000-seat, retractable-roof ballpark.
"He's terrific. He loved the stadium," Marlins owner Jeffrey Loria said. "He liked being here."
Pujols and his agent, Dan Lozano, spent most of the afternoon with team officials, and left town on Friday night.
The Marlins are not confirming if any contract offers have been made, but there is speculation the club made preliminary offers to Pujols, shortstop Jose Reyes and left-hander Mark Buehrle.
"Whether any offers have been made or not made to free agents, we have no comment," Marlins president David Samson said.
Are they the Yankees now?

I don't care about the team but as a baseball fan, I hope the new stadium brings fans. They played in a football stadium with no roof and it practically rains everyday. I've been there once and all I remember was that it was far from downtown Miami and the weather sucked. This new park in Little Havana should help.
Posted by Roberto Baly at 10:00 AM

Sorry but this new stadium is a terrible deal for the local tax payers, most who don't make enough to buy season tix. Here's a link to a great article.