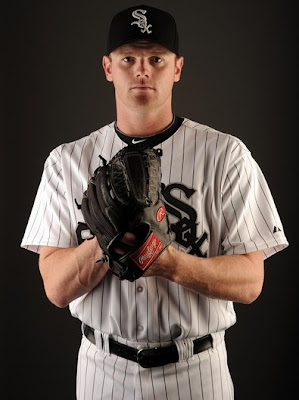 The Dodgers signed right-handed pitcher Shane Lindsay. The 26 year old pitcher from Australia spent some time this year with the Chicago White Sox. Lindsay is currently pitching for the Melbourne Aces in the Australian Baseball League.

From their site - {linked here}


Congratulations to the Jet Couriers Melbourne Aces own Shane Lindsay on his signing overnight with Los Angeles Dodgers.
Lindsay signed a minor league contract with the Dodgers, but has been invited to major league training to compete for a spot in the bigs. He will most likely start with the Dodgers AAA affiliate the Albuquerque Isotopes.
The Aces pitcher became the 30th Australian to play in the Major Leagues in September this year when he was called up to the Chicago White Sox from their AAA affiliate Charlotte Knights towards the end of the season.
"I am looking forward to getting back over there and hopefully getting back in the majors, Lindsay said."
A sports talk radio show from Australia interviewed Lindsay to talk about this signing. {linked here}

Click here to view his Minor League career.
Posted by Roberto Baly at 8:00 AM