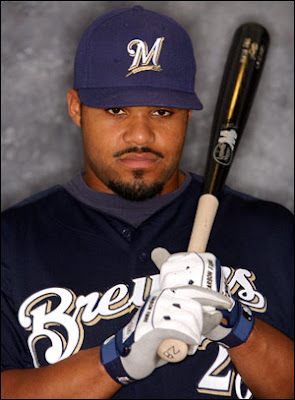 With the news that Frank McCourt is finally selling the Dodgers, many are wondering if they can still sign top free-agents this off-season. It's going to be difficult. My hopes are not that high that they are after Prince Fielder. Just because McCourt is selling the team now does not mean we are getting a new owner right away. This is going to take months. Maybe by Opening Day.

There is no timeline for the sale to be completed. It's not known if the decision might impact the club's ability to sign free agents, but a baseball source said the Dodgers are still prepared to pursue a big bat, with first baseman Prince Fielder the apparent No. 1 target.

Really? It's the Dodgers No. 1 target? This kinda reminds me when Frank McCourt was about to purchase the Dodgers from Fox and then general manager Dan Evans had an agreement to sign Vladimir Guerrero. Remember that? 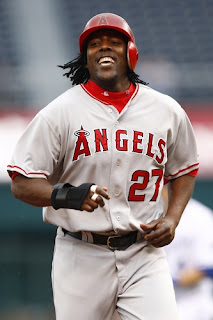 The Dodgers were very close to bringing Guerrero to Chavez Ravine, according to numerous baseball sources, including current and former Dodger officials.
"We made a deal with Guerrero," former chairman Bob Daly said in the June 28 editions of New York Newsday. "It was done, everything but the signature."
So what happened?
"I don't have anything else to say," said Daly, who had previously declined comment on the Guerrero negotiations. "But, yes, it's true. We did have a deal."
Owner Frank McCourt's leveraged $430-million bid to purchase the franchise, and the length of the approval process, thwarted the Dodgers' attempt to sign Guerrero, sources involved in the negotiations said.
McCourt said the previous regime decided not to sign Guerrero.
"At the time of the Vlad Guerrero signing, I did not own the Dodgers, nor did I yet have the approval of Major League Baseball for the purchase of the Dodgers," McCourt said. "At that time, I did not have any authority to sign -- or block -- the acquisition of Guerrero.
"Was I asked my opinion about signing Guerrero? Yes. I gave prior ownership an absolute thumbs up. But at the end of the day, player acquisitions were, at that time, the sole responsibility of the prior ownership."
The Dodgers at the end of the 2003 season determined they needed to improve a batting order that scored the fewest runs in the major leagues, but former general manager Dan Evans was working under restrictions imposed because of the pending sale of the franchise from News Corp. to McCourt.
Just imagine the same thing happens this off-season. Ned Colletti has an agreement with Prince Fielder but they can't get it done.
Posted by Roberto Baly at 9:00 AM

Mind you these are ifs, do you forfeit a Cuban because of the size of the contract and the possible extra debt for a Fielder? Long term solution for short term gain.