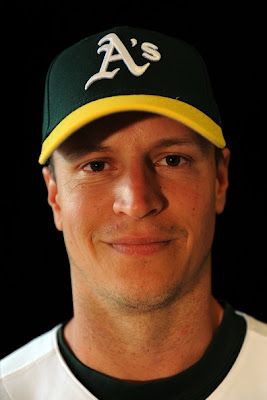 It was reported yesterday that the Dodgers signed second baseman Mark Ellis. The Dodgers officially announced it.

LOS ANGELES – The Los Angeles Dodgers today announced that they have signed second baseman Mark Ellis to a two-year contract with a club option for a third year in 2014. Dodger General Manager Ned Colletti made the announcement.

“Mark brings a veteran presence to our lineup and he knows how to handle the bat,” said Colletti. “On defense, he’s been one of the most dependable second basemen in baseball over the course of his career.”

Ellis, 34, batted .248 with seven home runs, 41 RBI and a career high-tying 14 stolen bases in 132 combined games with Oakland and Colorado last season. After being acquired by Colorado on July 1, he finished the season by hitting .274 with six home runs and 25 RBI in 70 games as the Rockies’ everyday second baseman.

The 10-year Major League veteran owns a .266 career batting average in 1,126 games with Oakland (2002-11) and Colorado (2011) and his 90 career home runs as a second baseman (92 total career homers) rank ninth among active Major Leaguers. Ellis is Oakland’s all-time home run leader as a second baseman with 84 roundtrippers and overall ranks eighth on Oakland’s all-time doubles list with 204 in 1,056 games with the A’s.

The South Dakota native has been active off the field throughout his career and was honored as the 2007 recipient of the Dave Stewart Community Service Award, which is given annually to an Athletics player for outstanding work in the community. Ellis is also a two-time winner of Oakland’s Catfish Hunter Award, which is presented annually to the Athletics player whose play on the field and conduct in the clubhouse best exemplifies the courageous, competitive and inspirational spirit demonstrated by the late Hall of Fame pitcher. The award is voted upon by Oakland A's players, coaches and staff.

Ellis was originally selected by Kansas City in the ninth round of the 1999 First-Year Player Draft out of the University of Florida and traded to Oakland in 2001 as a part of a three-team, seven-player deal. He resides in Scottsdale, AZ with his wife, Sarah, and three children, Adelaide, Briggs and Dylan.
Posted by Roberto Baly at 10:11 AM

Maybe this was a favor for Dave Stewart?