For those that didn't believe me about the new Dodgers logo/patch....

And I posted the patch last Monday. {linked here}

The Dodgers say the following about the logo -


The Dodgers will be celebrating the 50th anniversary of Dodger Stadium in 2012! Here is your first look at the logo, which will appear on the team’s uniform and be used throughout the 2012 season as the club celebrates its 50 seasons at Chavez Ravine.
The logo features a view of Dodger Stadium’s multi-colored seating decks with traditional Dodger Blue complemented by the stadium’s mid-century color palette. The fold banner and lettering signify the golden anniversary above a sunburst with 13 points, which each represent an MLB ballpark that opened and closed for baseball use during the 50-year life span of Dodger Stadium.
Logo - 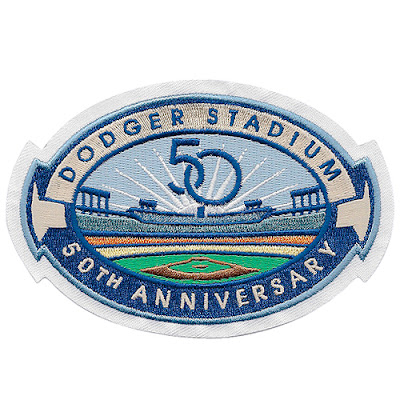