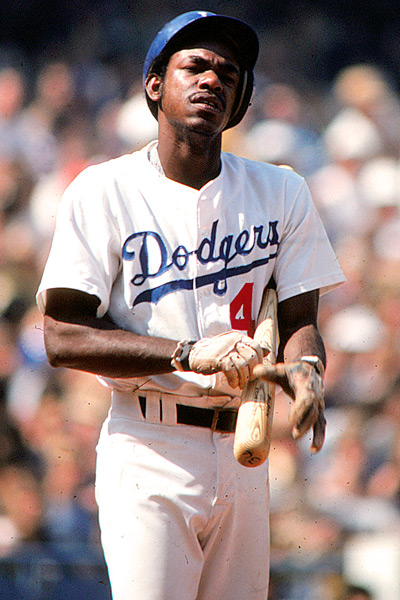 Texas Rangers manager Ron Washington is one win away from winning the World Series.

Washington played for the Dodgers in 1977. He was called up in September and played 10 games and hit .368 as a shortstop.

From a USA Today article that was published last year. {linked here}


What was it like coming up with the Dodgers in 1977?
"It was an honor to meet guys like Dusty Baker, Ron Cey, Davey Lopes and Steve Garvey. It was a time when rookies were seen and not heard. Rookies were there to learn and be challenged.
"I remember one time I was on first with a single. I was taking a big lead, dancing around out there. Reggie Smith was the batter, and he told me to get back to the base because he knew (manager) Tommy Lasorda would never have me steal.''


Off to L.A's Triple-A affiliate he went, and, by September 1977, the powerhouse Dodgers made him a late-season call-up. He was finally in the show, at age 25, managed by Tommy Lasorda and surrounded by an infield for the ages: Steve Garvey, Davey Lopes, Bill Russell and Ron Cey.
His only buddy was another fledgling player, Jeffrey Leonard -- a future star for the Giants -- and Ronnie tried not to seem in over his head. One by one, Reggie Smith, Dusty Baker, Rick Monday and Steve Yeager had reached out to shake his hand, but Ronnie was convinced, from the start, that he was just a peon to them.
"I remember Jeff Leonard and I were watching TV, and Reggie Smith walked in and turned the TV off," Washington says. "And when Reggie walked out, I got up to turn the TV on again. He looked back around and said, 'I'm serious. This is the time to be thinking about baseball, not watching TV.' So I looked at Jeff and said, 'Let's get out of here.'"
I'm not really rooting for the Rangers or the Cardinals to win the World Series. I just want to see a great series and I have to say it has been a really good series.
Posted by Roberto Baly at 7:00 AM