Don Mattingly "I'm not confident that we're getting a big bat" 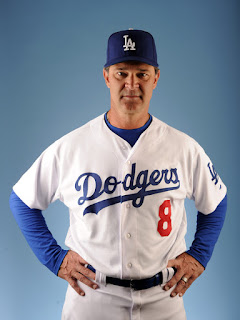 Don Mattingly was on the "Mason & Ireland Show" on 710 ESPN and was honest with his answers. I was hearing this live yesterday and was a bit surprised by what he said. I had to hear the replay later that night to believe it.

When John Ireland asked him what he needed to take the team to another level, Mattingly said "Offense, no question. We need a bat. We need that one-two punch".

I guess Matt Kemp is the first punch and Andre Ethier is not even a second punch.

That answer is not surprising. We all know they need another bat. This is what surprised me. Ireland asked him "Donnie, are you confident you can get it given the financial situation the Dodgers are in?"


"Not really, you know I can't say I'm confident that we're going to be able to do it. You know, we've talked about different things and a lot of different scenarios. You hear Prince Fielder, you hear Albert Pujols. You know those are nice thoughts, there's a lot of teams talking about those type of guys ... but you know I'm confident we're going to do that? I can't say I'm confident. You gotta have a Plan B, a Plan C. How do we put offense together if we can't do something like that? That's the biggest thing.
"And obviously, I don't know where we're going to be as far as what we're going to be able to do. Are we going to go backward with the budget, are we going to go forward? ... It's hard to know right now."
Nice. I like honest answers. Plus that's the way every Dodger fan feels. We're not confident that they are going after a big bat like Pujols or Fielder. And how is the budget going to look? Is Frank McCourt still going to be around?

Click here to hear the entire interview on ESPN 710am.
Posted by Roberto Baly at 10:00 AM