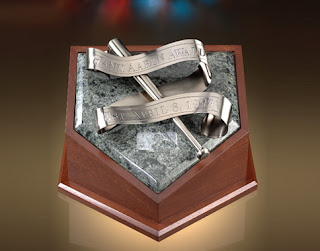 Not a shocker here.

Matt Kemp was named the National League recipient of the 2011 Hank Aaron Award. The honor recognizes the most outstanding offensive performer in each league. I don't know who won in the American League.

I believe Kemp will be at Game 4 of the World Series in Texas to accept the award.

Congrats Matt! Hopefully you will also be given the N.L. MVP next month.
Posted by Roberto Baly at 3:00 PM

He's my MVP for sure...http://johnsbigleaguebaseballblog.blogspot.com/

I am very happy to read this. This is the kind of manual that needs to be given and not the random misinformation that's at the other blogs. Appreciate your sharing this best posting. Liga Inggris Jadwal Liga Inggris Klasemen Liga Inggris