This is it folks. It's almost the end.

What's going on at Dodger Stadium for the upcoming series against the San Francisco Giants? 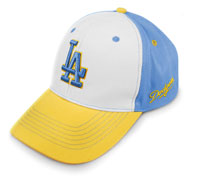 Tuesday is UCLA Night and fans at the game will receive Blue and Gold LA Caps presented by State Farm. Pre-game ceremonies will be UCLA-themed and UCLA student Tiana Okoye, daughter of former NFL Pro-Bowl running back Christian Okoye, will perform the National Anthem and God Bless America.

UCLA alum and former NFL player James Washington will throw out a ceremonial first pitch and the UCLA Alumni Band will also perform during pregame ceremonies. Air Force Cadet and UCLA ROTC member Trevor Kilroy will be honored as the Veteran of the Game. 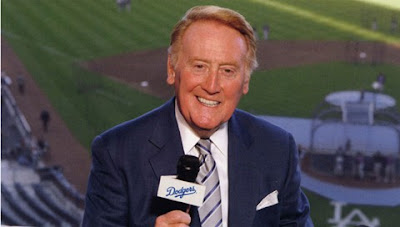 Dodger employees with 25 years of service or more will be honored on the field during pre-game ceremonies. Among those being honored will be Hall of Fame Broadcaster Vin Scully, Hall of Fame Manager and Special Advisor to the Chairman Tommy Lasorda, Special Advisor to the Chairman Don Newcombe and Spanish-language broadcaster Jaime Jarrín. In addition, usher Ira Hawkins, ticket seller Jerry Mickelsen, security guard Edward Gonzales and security guard Mas Miyatake will be recognized.

The Dodgers’ 2011 Campanella Award winner will be honored on the field before the game. 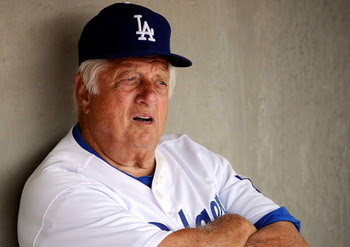 Tommy Lasorda will celebrate his 84th birthday at Dodger Stadium on Thursday at the team’s final home game of the regular season.

Lasorda will aslo be in the dugout! {linked here}

The Ocean View Little League World Series Champions will be at Dodger Stadium on Thursday to watch batting practice, meet Dodger players, take infield practice on their first Major League field, stand alongside the Dodgers during the National Anthem and be recognized on the field before the game.

Thursday is also the inaugural Professional Womens’ Networking Night at Dodger Stadium and women will gather on the Loge Terrace beginning at 5:15 p.m. for a networking mixer that includes a game ticket, a complimentary beverage, appetizers and a special Dodger item.

The American Red Cross will present a trophy to the Angels and Dodgers Booster Clubs as well as to the Dodgers for the 13th Annual Booster Club Freeway Series Blood Drive. This event took place on Saturday, June 4 throughout Southern California and collected over 725 units of life-saving blood, which means more than 2,100 lives will be touched by this donation. After donating, donors were asked to identify their favorite team and for the third consecutive year the Dodgers won this good-natured competition.
Posted by Roberto Baly at 9:00 AM