I had a blast in San Diego. The Dodgers lost but nevertheless it was a great time. I'll post pictures later tonight or tomorrow.

I didn't stay for today.

It seems it's Rookie Hazing for the Dodgers! Oh yes, the time of the year where the veterans buy some ridiculous clothes for the rookies and make them dress up when they enter the ballpark or go to the airport. Remember Clayton Kershaw a few years ago?

John Pinga sends me this picture. It was taken a few minutes ago. It's Jerry Sands and Russell Mitchell!

He promises to send me more pictures after the game. So stay tuned!

Mr. Pinga took a picture from his cellphone of his camera just as a preview. 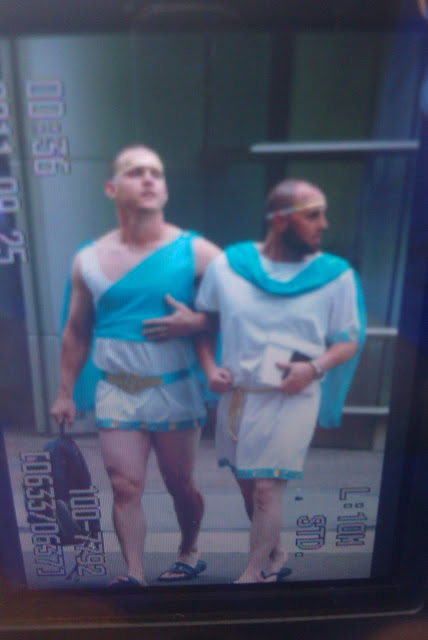