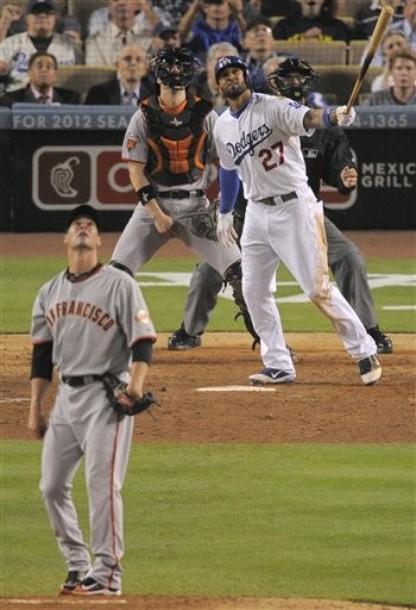 After I said last night Matt Kemp will most likely not join the 40/40 club {linked here}, what does he do? Hit his 35th homer of the season.

It will be very difficult but you can't dismiss the possibility.

Good luck Matt!
Posted by Roberto Baly at 11:00 AM

You can't forget the 1 makeup game we have against the Nats. If he gets to 39 homers MLB better reschedule that game!