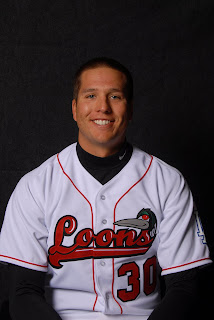 After earning a Pioneer League All-Star selection with Rookie-advanced Ogden last season, Tolleson opened the 2011 campaign with Great Lakes, where he struck out 33 in just 15.0 innings and did not allow an earned run (one unearned) in 14 relief appearances. On May 13, he was promoted to Rancho Cucamonga and continued his dominance, allowing only two hits and a single earned run (three total runs allowed) in 9.2 innings over five games. Tolleson reached Chattanooga by the end of May and finished the season with the Lookouts by posting a 4-2 record with 12 saves in 15 opportunities and a 1.62 ERA (8 ER/44.1 IP).

Tolleson was named to Baseball America’s Midseason Minor League All-Surprise Team in his second professional season after he was selected in the 30th round of the 2010 First-Year Player Draft out of Baylor University (Texas). The Dallas native was signed by Dodger scout Clint Bowers. 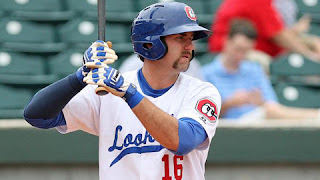 Van Slyke was selected as an outfielder on the league’s Postseason All-Star Team and also played in the Southern League’s Midseason All-Star Game, where he was selected as the game’s Most Valuable Player with two hits, an RBI, a steal and two runs scored. Van Slyke was also honored by the league as its Player of the Week for the period ending April 25.

The Missouri native and son of former Major League outfielder Andy Van Slyke is in his seventh season in the Dodger organization after being selected in the 14th round of the 2005 First-Year Player Draft out of J. Burroughs High School (Missouri).

Both Tolleson and Van Slyke will be honored in an on-field pregame ceremony prior to tomorrow’s 7:10 p.m. Dodger game against the Pittsburgh Pirates.
Posted by Roberto Baly at 8:00 PM