Dodger Coaches to Return in 2012

The Dodgers just made the following announcement - 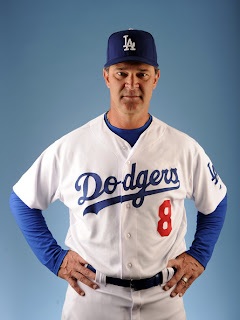 The Los Angeles Dodgers today announced that all Major League coaches will return for the 2012 season.  General Manager Ned Colletti made the announcement.

“I’m very excited that the entire coaching staff will return next season,” said Dodger manager Don Mattingly. “These guys do a great job with teaching and development while creating an atmosphere that gives our players a chance to play the type of baseball we feel can get us back to the playoffs and an opportunity to win a World Championship.”

Mattingly enters his second season as the Dodgers’ manager after leading the club to an 82-79 record in his first year at the helm, including a second-half mark of 41-28 (.594). A former American League MVP, nine-time Rawlings Gold Glove Award winner and six-time All-Star, Mattingly is the ninth manager in Los Angeles Dodger history and 27th in franchise history.

Hansen took over as the Dodgers’ hitting coach on July 20, 2011 after serving as the club’s Hitting Instructor at the beginning of last season. After Hansen became the hitting coach, the Dodgers hit .266 with an on-base percentage of .334 the rest of the way, which were both good for third in the National League over that time. Hansen played 11 seasons with the Dodgers (1990-96, 1999-2002) during his 15-year Major League career and ranks sixth all-time with 139 career pinch-hits, including Dodger team records for most pinch-hits in a season (18 in 1993), pinch-hits in a career (110) and pinch-hit homers in a season (7 in 2000).

Honeycutt enters his seventh consecutive season as the Dodgers’ pitching coach, making him the longest tenured full-time coach on the Dodgers’ staff. Since Honeycutt became the pitching coach in 2006, his staff has posted a 3.84 ERA, which is the best in baseball over that time. In 2011, Dodger pitchers posted a 3.54 ERA, which ranked fifth in the NL while the starting staff had an ERA of 3.41, good for third in the league.

Howell took over as the bullpen coach for Los Angeles in 2008 and since then the club’s relievers own a 3.56 ERA, which is the fourth-best in the NL over that time. In his four seasons, the bullpen leads the National League with a .237 opponents’ batting average, is tied for third in the NL with 107 wins and ranks fourth on the circuit with 1,851 strikeouts. Howell pitched for seven seasons in the Major Leagues, including five with Los Angeles, and posted a 3.95 career ERA.

Lopes will enter his 25th season as a Major League coach and second with the Dodgers, returning as the first base coach and baserunning instructor after playing for the team from 1972-82. He was a part of the longest-tenured infield in Major League history along with Steve Garvey, Bill Russell and Ron Cey from 1973-81. In 2011, the Dodgers stole 126 bases, which was good for fourth in the NL and a 34-steal improvement from 2010. Los Angeles was successful on 75.9% of its stolen base attempts, which ranked fifth in the NL.

Mota will enter his 33rd season as a coach with the Dodgers and 43rd year overall in the organization.  He donned a Dodger uniform as a player in parts of 13 seasons from 1969-80 and 1982 and finished his career as the all-time leading pinch-hitter in Major League history. His tenure as a coach is the longest in Los Angeles Dodger history.

Wallach, who played for the Dodgers from 1993-6, begins his second season as the Dodgers’ Third Base Coach. He has also spent four seasons as a minor league manager, setting a franchise record for victories (80) for the Dodgers’ Triple-A Albuquerque Isotopes in 2009 and being named the 2009 Pacific Coast League Manager of the Year. This season, Wallach was inducted into the College Baseball Hall of Fame.
Posted by Roberto Baly at 10:30 AM