Who wants to laugh? 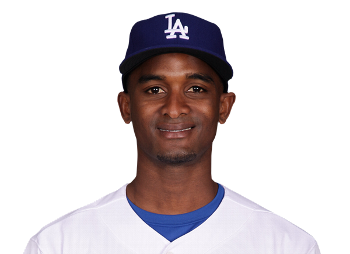 Called up from triple-A Albuquerque on Independence Day, utility man Eugenio Velez went into the series against the Rockies batting .000.Mattingly defended the Dodgers' decision to carry a player who was 0 for 21 heading into Friday."You like Eugenio's tools," Mattingly said. "He runs really well. I know he hasn't gotten any hits, but he's had some pretty good at-bats. … He can play basically anywhere in the infield. He can play in the outfield. He can pinch-run."

If that's the case, then my 10-year-old nephew can play too! He knows how to catch a ball, that's gotta be something, right?

lol what can I say? It's been a terrible year.

It would have been more credible of he would have said. " we want to see if he could break the longest hitless streak record ".