Video and Pictures of James Loney pitching in the bullpen


Hey Roberto,
My name is Leo Orta. Been a follower of the blog for a while and love how it brings all the major events and news on one site. Keep up the good work.
Recently me and my friends Jesse and Joel, were out in Denver for the recent road trip. We are from LA and figured lets do a trip up there since we haven't been there.
We witnessed the 5 hr game on Saturday, which although we lost was a good game. We noticed then our bullpen was empty toward the end of that game. We didn’t think twice about it, but the next day on Sunday, b4 the game we saw James loney doing a pitching warmup. we figured maybe he was just having fun since he was a pitcher when was drafted originally I think. We didn’t know this article was up at the time but it had also mentioned how he was a potential pitcher for that game with the bullpen being worn out the night before.
Video - 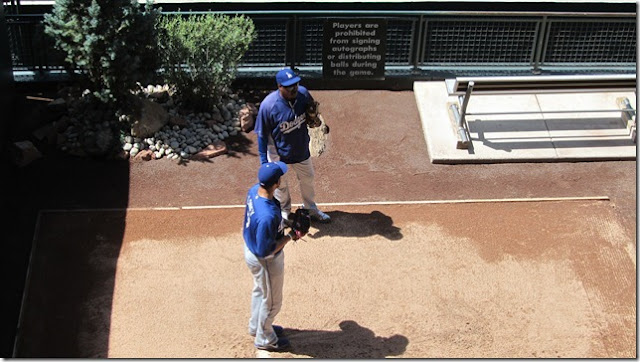 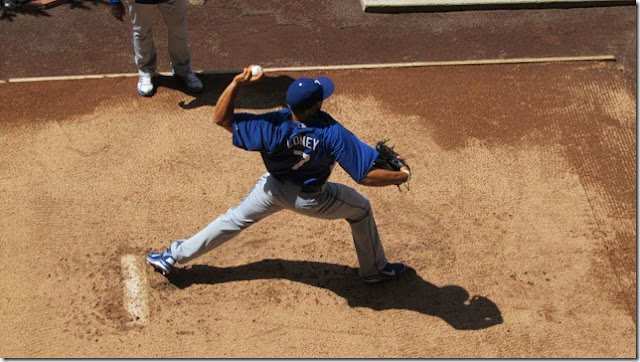 Thank you Leo for the video and pictures! I'm actually waiting for him to make his pitching debut! Maybe before the season ends.
Posted by Roberto Baly at 12:30 PM

The day James got a taste of his Future.
Im guessing he didnt like it, Look at the way he hit that day and since then.

He's on a great streak right now. You're right.

I think they should look at him as a reliever for next year. And spot start at first once a week to rest Rivera or Pujos.