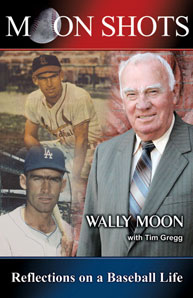 This is a book signing. 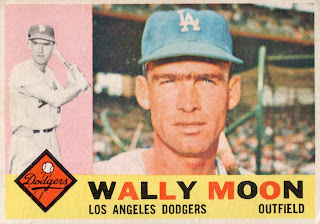 Readers of all ages and from all walks of life will find wisdom and inspiration from Moon’s story. Moon Shots: Reflections on a Baseball Life (Mill City Publishing, 340 pages, $24.95) is not only a book about one man’s enduring respect and love for the game, his family, and his God, but also serves as a road map to achievement, fulfillment and contentment. Former Dodgers’ owner Peter O’Malley wrote the Foreword. Limited Edition books – 500 each with Cardinal Red or Dodger Blue dust jackets – are available at wallymoon.com.

Moon’s baseball life included not only Rookie of the Year honors with the St. Louis Cardinals in 1954 (outdistancing the likes of Hank Aaron and Ernie Banks), but also three World Series championships – 1959, ’63 and ’65 -- as a member of the Los Angeles Dodgers. He was teammate and friend to some of the greatest to ever play the game: Stan Musial, Red Schoendienst, Duke Snider, and Sandy Koufax; and also played for two of the most influential owners in baseball history: Gussie Busch and Walter O’Malley.  After retirement as a player, Moon enjoyed another three decades in the game, serving stints as a big-league coach; minor-league manager, coach, and roving instructor; college coach (Texas A&M); minor-league franchise owner (San Antonio); and today at 81 years of age, active Major League alumnus.

During his years as a standout with the Cardinals and Dodgers, Moon was known as the “thinking man’s ballplayer.” He was also one of the grittiest and most determined players of his generation. His rare combination of instincts and savvy for the game coupled with the unmitigated intensity he displayed on the field triggered respect and admiration from teammates, opponents, and fans. That legacy remains steadfast today, evidenced by the constant stream of mail he still receives, both via his Web site and more traditional routes, as well as the long lines of fans he attracts at personal appearances.

“I consider the period in which I played Major League Baseball to be the ‘Golden Era’ of the game,” Moon said.  “From geographic expansion and league-wide integration to the increased influence of television and the players’ union, I witnessed first-hand profound change as a big league ball player.

“I wanted to help chronicle that important time in baseball history.”
Posted by Roberto Baly at 1:00 PM