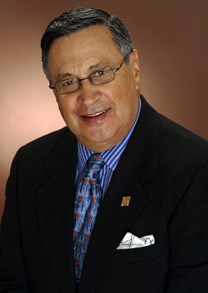 LOS ANGELES – Hall of Fame broadcaster Jaime Jarrín will return to the broadcast booth for his 54th season in 2012, he announced during today’s broadcast on Univision Radio KTNQ 1020. He will continue calling all 162 Dodger games at home and on the road for KTNQ 1020.

“The Dodgers have invited me back for another season, so you will have to be by my side again,” Jarrín joked with analyst Fernando Valenzuela on air during the second inning. “I love what I do. It’s something I love and it brings me great joy to work alongside you and Pepe Yñiguez. I’m pleased to serve the Spanish-language community and really share baseball with them – such a beautiful and pristine sport.”

Jarrín has been rated as the best Spanish-language broadcaster of all-time and was inducted into the National Baseball Hall of Fame in 1998.

A native of Ecuador, Jarrín has become one of the most recognizable voices in the world to Spanish-speaking listeners. He joined the broadcast team in 1959, one year after the team moved to Los Angeles and three years before the team moved into Dodger Stadium. In 1973, he became the club’s No. 1 Spanish-language broadcaster and has been honored countless times ever since.

From 1962 to 1984, Jarrín called close to 4,000 consecutive games spanning 22 seasons, never missing a game. The streak was broken only when he took charge of all Spanish-language radio coverage and production for the 1984 Olympic Games in Los Angeles.

Jarrín calls every game alongside Yñiguez and the duo is joined at home games and on West Coast road games by the legendary left-hander, Valenzuela. Jarrín became a household name across the country in 1981 when he served as the interpreter for Valenzuela when the southpaw set off the phenomenon known as “Fernandomania.”

The Dodgers, with Jarrín and Vin Scully, are one of only two Major League teams to feature a pair of Hall of Fame announcers, joining Florida (Felo Ramirez and Dave Van Horne).
Posted by Roberto Baly at 2:15 PM