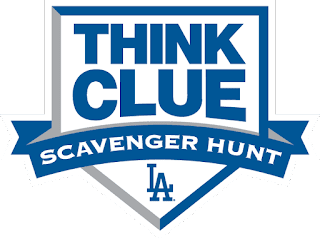 LOS ANGELES – On Saturday, August 6, fans will have the chance to participate in a special scavenger hunt throughout Los Angeles, the Dodgers announced today. The first five fans to complete the “Think Clue” Scavenger Hunt will win two field level tickets to each game during the club’s upcoming six-game homestand (August 8-14) and will be brought down onto the field prior to a designated game to meet Dodger Manager Don Mattingly and watch batting practice.

The scavenger hunt will take place from 10:00 a.m. to 1:00 p.m. on August 6, 2011. At the 10:00 o’clock start time, the Dodgers will send out via their Twitter account (@Dodgers) the locations of five special Dodger items that will be hidden throughout Los Angeles. The items will include a Duke Snider Bobblehead presented by State Farm (August 9 giveaway), a Dodgers Kids Backpack presented by Sports Authority (August 14 giveaway), a 1944 throwback jersey (Half-Price Food and Drink Day on August 10) and more.

At each location, participants will be asked to photograph themselves with an item and tweet the photo at the Dodgers Twitter account, @Dodgers, using the hashtag #ThinkClue before moving on. The first five participants to find each item, tweet their pictures and have their Tweets verified by the Dodger representative at Dodger Stadium will win.

The event will also offer fans the opportunity to meet former Dodger Kenny Landreaux and to pose for a picture with the 1981 World Series trophy.

All fans who wish to participate must register at www.dodgers.com/ThinkClue by 3 p.m. on August 5.
Posted by Roberto Baly at 9:30 AM