The Carroll Family with Jake and the Never Land Pirates!

So these are the shows that I will be watching in a few years? :)

What a cute family! 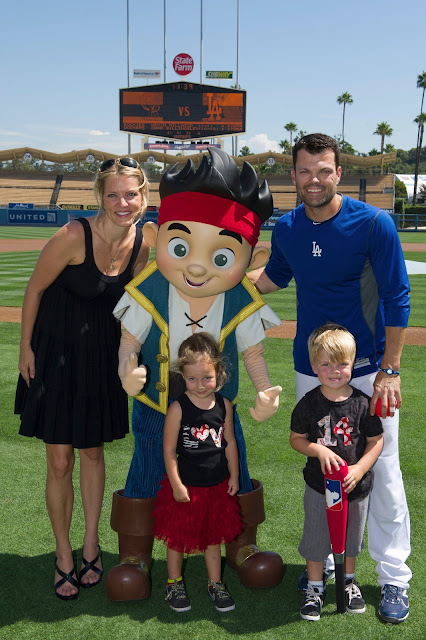 Sharky and Bones of The Never Land Pirate Band from Disney Junior's #1 series "Jake and the Never Land Pirates" throw out the first pitch, with the help of series star Jake, at the Dodgers vs. Rockies game at Dodger Stadium on Saturday, August 27. 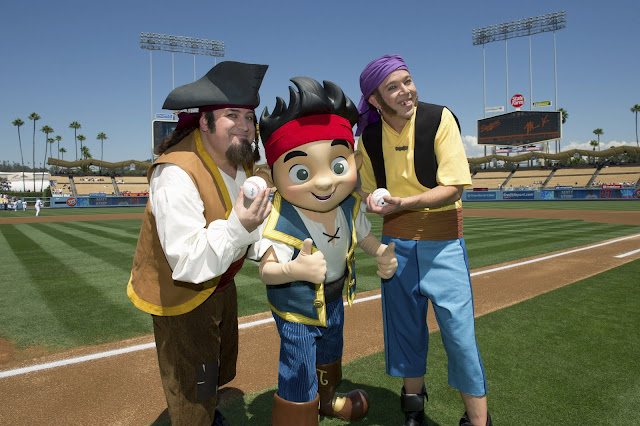 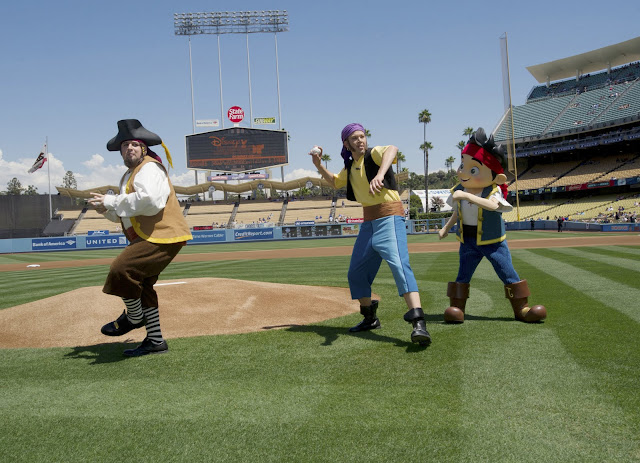 Not only will you be watching the shows, but actually enjoying some of them... this one is actually pretty well done.

damm that sucks,i didnt know they were there saturday.my little boy is 3 and he loves that show!