As I mentioned last week {linked here}, the Dodgers will celebrate the 45 anniversary of the Beatles concert at Dodger Stadium.

I'd like to know who went to the Beatles concert on August 28, 1966 at Dodger Stadium. If you went, do you have pictures? E-mail me!

From Inside the Dodgers {linked here} 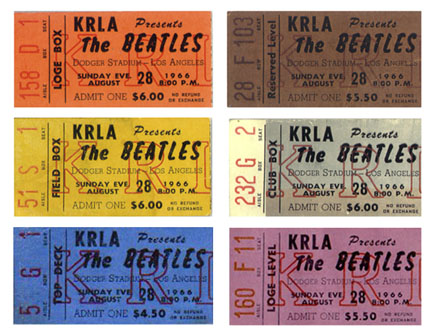 From Farther Off the Wall {linked here}

The Beatles at Dodger Stadium 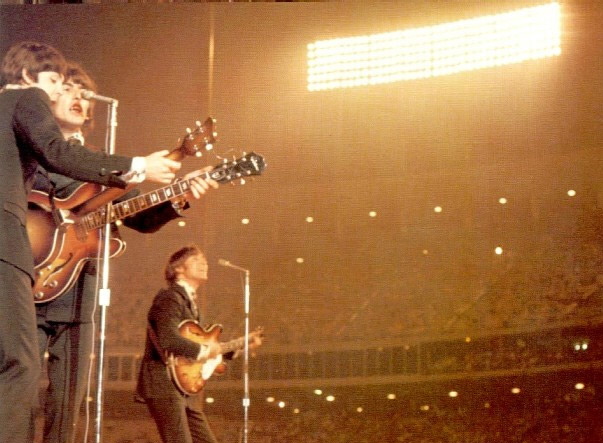 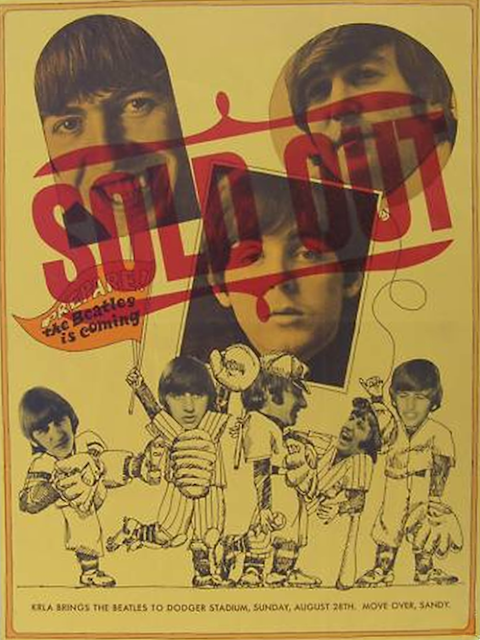 Did you read the bottom of that poster? "KRLA Brings the Beatles to Dodger Stadium, Sunday, August 28th. Move over, Sandy".

I tried to search for videos but I wasn't lucky. The ones that I found had no sound or only showed pictures, not actual video of them at Dodger Stadium.
Posted by Roberto Baly at 12:30 PM

My Mother and Aunt attended this show while my grandparents waited and listened to the concert in there 1965 Chevrolet Impala in the parking lot. My Mom was only 15 then and only has her memories of the show.

Wow, nice story. If you can't get inside, might as well hear it from the parking lot. Right? :)

My mother went to this concert as well with my grandpa and sister, she always mentions this as one of her favorite shows of all time

I was there, the Beatles live at Dodger Stadium. It was crazy with girls screaming! But it was the Beatles - awesome memory.