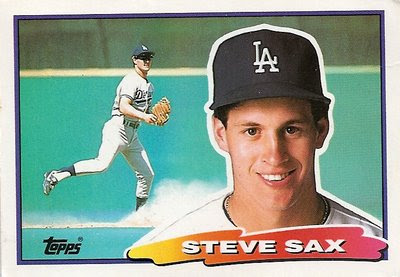 The 80's must have been a special decade for Dodger fans. Two World Series Championships and nearly three million fans coming to the park every year. Those teams also seemed to have fun and great "chemistry".

Here's a video from 1985. I've never seen this and it was just uploaded on YouTube.

And I thought it was going to be Steve Sax of SOSG.

I love this video so much that I'm sharing it with my buddies at SportsCardForum.com.

I'm really sad that the video was taken down.